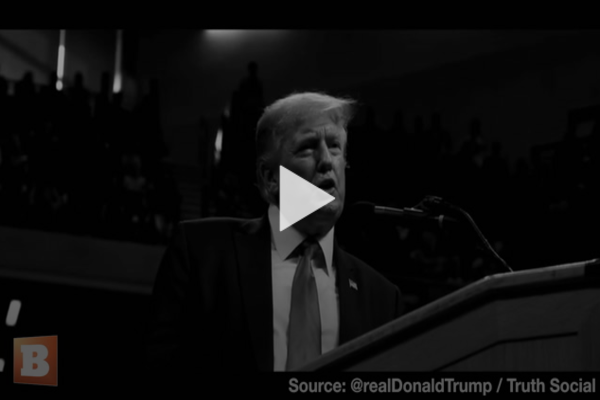 The video (watch above)  begins with rolling thunder as the former president lists the failures of President Joe Biden leading a “nation in decline.”

“We are a nation that in many ways has become a joke,” Trump says.

The video features Trump delivering a speech about his vision for the future, where “hard-working patriots” rebuild the country.

He then continues, vowing to stand against the “tyrants” and bring greatness back to the United States.

The ad concludes with words on-screen reading “…the best is yet to come” but stops short of announcing a Trump run for president in 2024.