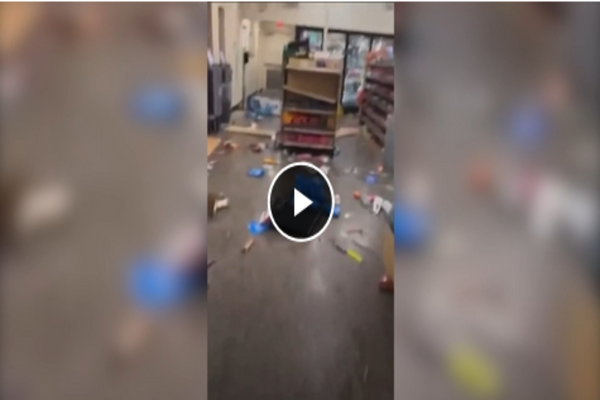 The incident happened that evening at the business on Roosevelt Boulevard where police said they saw 100 juveniles causing damage inside the building, ABC 6 reported Sunday.

Video footage showed the group walking through the aisles as several items flew through the air. In the distance, a woman was seen standing above everyone else and appeared to be twerking with her arms raised as those below her watched:

The store was left trashed, with items all over the floor, as the group gathered in the parking lot outside.

A resident told ABC 6 she feels hesitant when it comes to shopping at that location, saying, “Sometimes I’m afraid to stop, it’s a shame.”

Former employee Kaitlyn Holtzman also expressed her frustration, telling the outlet, “I was angry. I was very upset because being in the shoes of those employees, I know just how terrifying it is and how like frustrating it is having to clean up after that as well.”

In their letter, Sens. Marsha Blackburn (R-TN) and Bill Hagerty (R-TN) asked Biden to use those resources to fight the high rates of homicides and assaults, the outlet continued:

“Rampant crime is not inevitable — tough law enforcement can stop it,” Blackburn and Hagerty write. “But that requires a commitment to law enforcement.”

A recent report from the Philadelphia Inquirer indicated approximately eight people on average were shot every day in Democrat-controlled Philadelphia during the time period between Memorial Day and Labor Day this year.