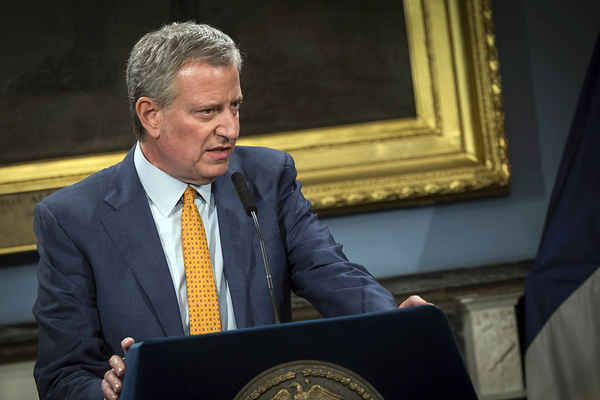 CBS New York reported the incident on June 19, 2021, noting that it occurred Thursday in the Bronx around 6:45 p.m.

In the surveillance video, “a gunman appears to ambush his target in the middle of a Mount Eden street, and two innocent children are caught in the commotion.”

The children were not wounded in the attack. ABC 7 noted that the 24-year-old “victim was struck in the leg and back and taken to the hospital” and is expected to live.

The shooter escaped the scene by jumping on the back of scooter and being driven away from the scene by another individual.

On June 9, 2021, Breitbart News pointed out that shootings in de Blasio’s NYC were up 68 percent over where they were at that same time in 2020.