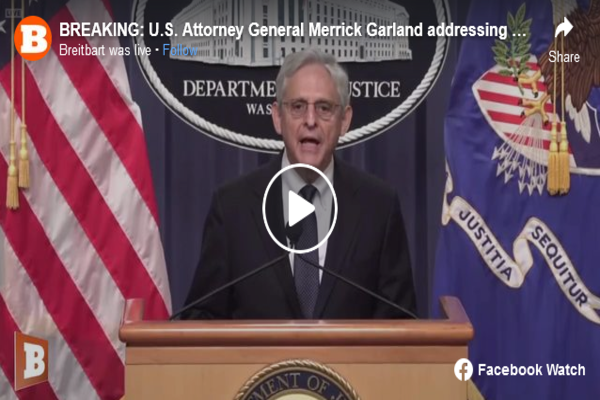 (breitbart) – Attorney General Merrick Garland is scheduled to deliver a statement at the Department of Justice Main Building at 2:30 p.m. ET Thursday.

The official announcement that the attorney general would speak did not say what he would be discussing, but this announcement comes just days after the FBI raid on former President Donald Trump’s home in Florida, leading some to speculate that the raid — as well as concerns that the Department of Justice and the FBI have been politicized — will be the subject of his remarks.

In an August 9 tweet, House Minority Leader Kevin McCarthy promised an investigation of the department “[w]hen Republicans take back the House,” admonishing Garland: “preserve your documents and clear your calendar.”