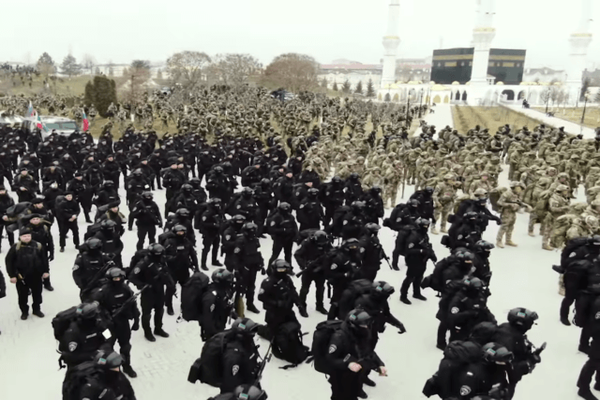 (breitbart) – Russian missiles struck an airport near Lviv on Friday – the far-western Ukrainian city where hundreds of thousands of refugees from the Russian invasion have sought shelter, and hundreds of foreign journalists are based. Lviv is less than 50 miles from the Polish border.

Until now, Lviv has been one of the major Ukrainian cities least affected by the Russian attack. It has become a hub for Ukrainian refugees heading for Poland, with a “humanitarian village” sprouting on its outskirts.

Mayor Andriy Sadovy told the Financial Times on Friday that his city is at “the limits of our capacity” for refugees, with “all available infrastructure” stressed to the limit, so he had to raise “the red flag.”

“If we don’t get substantial support in the next week there will be difficult times ahead,” Sadovy warned.

Sadovy described Lviv as the “soul” of Ukraine, pointing to the UNESCO World Heritage Site in the center of the city, with historic buildings dating back to the fifth century.

“During the first and second world wars, Lviv wasn’t bombarded. But you saw what the Taliban did to Afghanistan’s architectural monuments. Will Putin follow that path? I just don’t know,” he said.

The U.N. World Food Program (WFP) warned on Friday that Ukraine’s food supply chain is “falling apart,” as the movement of goods has “slowed down due to insecurity and the reluctance of drivers.” WFP further cautioned that it obtains almost half of its wheat, for humanitarian aid missions around the world, from Ukraine.

Lviv’s International Media Center, established a few days before the Russian invasion, began with help from the Ukrainian national government and has played host to over 800 journalists from 50 different countries.

Reporters Without Borders (widely known by its French acronym RSF) created a Press Freedom Center in Lviv on March 4, “located within the premises” of the existing International Media Center. In addition to providing Internet access and media resources for journalists, the RSF project distributes protective gear and provides “shelter in the event of an attack.”

The first attack came on Friday, as Russian missiles struck on the outskirts of Lviv, as well as in the Ukrainian national capital of Kyiv.

CBS News described clouds of black smoke rising into the clear sky over Lviv on Friday morning, after a Russian strike “hit what was said to be a facility for the repair of military aircraft.”

Mayor Sadovy said at least one person was injured in the attack. The casualty count was low because the plant was not in operation at the time of the missile strike.