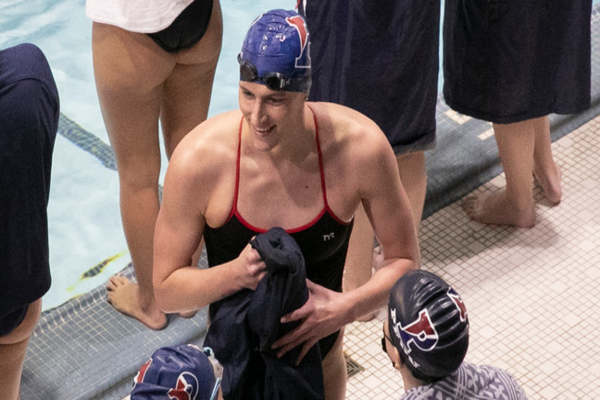 (breitbart) – Natural-born women are finding their swimming careers dashed repeatedly as transgender University of Pennsylvania swimmer Lia Thomas continues to tear through the competition at the NCAA championships.

Thomas’ competing necessarily means that a biological woman has lost her slot in the finals, and activist Savanah Hernandez recently found one such story when she interviewed a college swimmer outside Georgia Tech’s McAuley Aquatic Center, where this year’s NCAA championships are taking place.

Hernandez interviewed a swimmer from Virginia Tech who came right out and said that she saw a female swimmer break down in tears when she was knocked out of the competition by the biologically male Thomas.

“It’s a common conception that we’re all very disappointed and frustrated with someone who has capabilities more than us women have,” the woman told Hernandez, “to be able to compete at this level and take opportunities away from other women.”

“I have a teammate who did not make finals today because she was just bumped out of finals. It’s heartbreaking to see someone who went through puberty as a male, and has the body of a male, be able to absolutely blow away the competition. And you go into it with the mindset that you don’t have a chance,” she continued.

“It’s hard to compete against someone with the aerobic capacity, the muscle development, the body of a man,” responded the teammate. “It’s hard; it’s hard to think about it like that.”

“It’s disappointing to see and frustrating,” she said.

Hernandez asked more specifically about the woman who was crushed by Thomas.

“She was very emotional, and it’s hard to see because it’s her last NCAA; she really loves that race, and it was just heartbreaking that she put all of her efforts into it today … one of the best times that’s she went in a morning session and still not make it back. It’s hard to see someone who works every day, every night still not compete against someone like that.”

Hernandez also took a look at some of the women protesting outside the NCAAs for allowing the male Thomas to compete as a woman:

Hernandez also found a woman who competed against transgender runner June Eastwood and who heard Eastwood’s coach yelling to Eastwood to slow down so that he wasn’t seen beating natural-born female opponents so badly.