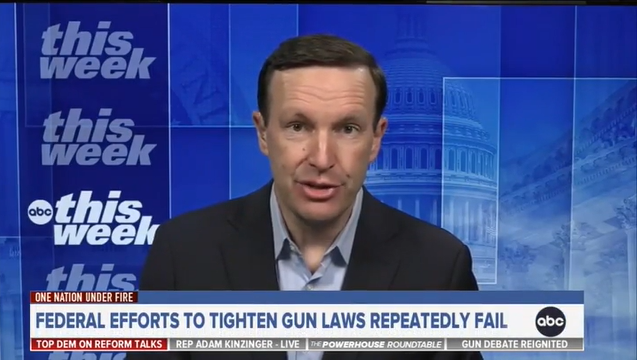 Murphy said, “It’s inconceivable to me that we haven’t passed significant federal legislation trying to address the tragedy of gun violence in this nation, especially because since Sandy Hook, we’ve seen even worse slaughter, in Las Vegas, in Orlando. The pace of everyday gun violence has dramatically escalated over the past two years. States have passed tighter laws, referendums passed. There are present of local efforts that have been successful in tightening up our gun laws. We need federal legislation. After every mass shooting, there are talks in Washington. They never succeed, but there are more Republicans interested in talking about finding a path forward this time than I have seen since Sandy Hook, and in the end, I may end up being heartbroken. I’m at the table in a more significant way right now with Republicans and Democrats than ever before. Certainly many more Republicans willing to talk right now than after Sandy Hook.”