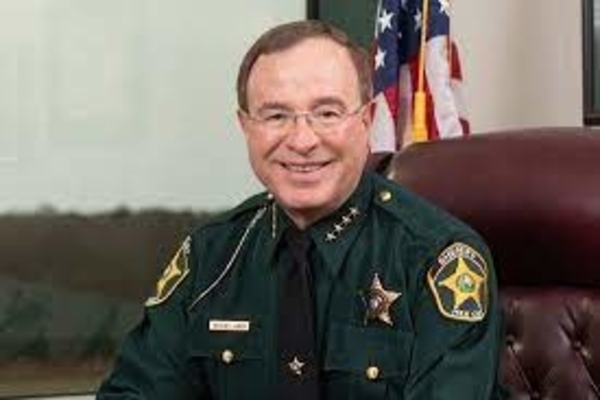 (breitbart) – Polk County Florida Sheriff Grady Judd made clear his deputies are trained to take out attackers before they get inside schools and added, “We’ll shoot you graveyard dead.”

Spectrum News reported that Judd was “mortified” by Tuesday’s Uvalde shooting. He put any would-be attackers thinking about targeting a Polk County school on notice: “If you come to a school in this county, armed, we’re going to do our best through either our guardians, our school resource officers, or our school resource deputy sheriffs to eliminate the threat outside of the school before they ever get to the children. We’re trained to do that.”

Judd held up a photo that showed a deputy with a gun, then added, “This is the last thing you’ll see before we put a bullet through your head if you’re trying to hurt our children. We are going to shoot you graveyard dead if you come onto a campus, with a gun, threatening our children or shooting at us.”

Florida adopted the guardian program following the February 14, 2018, Parkland shooting. The attacker in that instance was able to avoid contact with the school resource officer, and a commission recommended arming teachers as a line of classroom defense in the event that an attacker  is able to get by an officer again.

The commission noted that armed teachers could have made a difference in the outcome of that heinous incident.

Breitbart News observed that Pinellas County Sheriff Bob Gualtieri, head of the Parkland commission, said the investigation of the Parkland attack had changed his views on armed teachers — he went from opposing the idea to supporting it. He noted, “People need to keep an open mind to it, as the reality is that if someone else in that school had a gun it could have saved kids’ lives.”