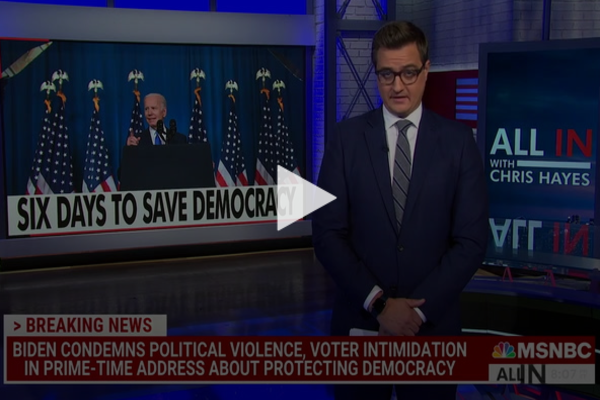 (breitbart) – MSNBC presidential historian Michael Beschloss said Wednesday on “All In” said that if Republicans take the majorities in Congress, American democracy will end, and “our children” will be jailed and killed by a “brutal authoritarian system.”

Beschloss said, “Six nights from now, we could all be discussing violence all over this country. There’s signs that may happen, may God forbid. That losers will be declared winners by a fraudulent election officers, or a secretary of state candidates, or governors, or state legislatures. We could be six days away from losing our rule of law and losing a situation where we have elections that we all can rely on. Those are the foundation stones of democracy.”

He continued, “A historian 50 years from now, if historians are allowed to write in this country and if there are still free publishing houses and a free press, which I’m not certain of. But if that is true, a historian will say, what was at stake tonight and this week was the fact whether we will be a democracy in the future, whether our children will be arrested and conceivably killed. We’re on the edge of a brutal authoritarian system, and it could be a week away.”