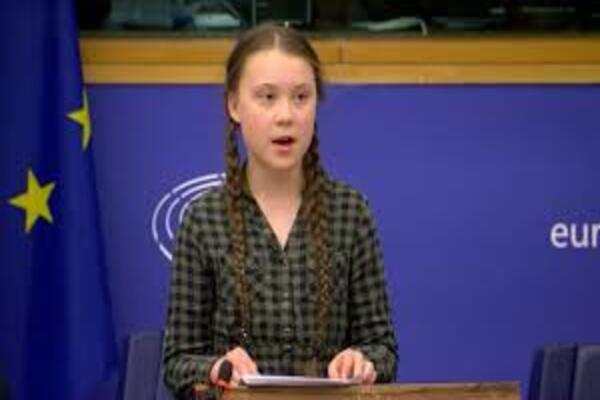 (breitbart) – Forget climate change for just a moment (if you haven’t already). Greta Thunberg says the world faces an even bigger threat from an economic system.

The dewy-eyedactivist, nominated three times for the Nobel Peace Prize, announced Sunday she wants an end to the West’s free-market capitalist system which she blames for “imperialism, oppression, genocide… racist, oppressive extractionism.”

Calling for a “system-wide transformation” at the London Literary Festival where she launched her new book, Thunberg says the world’s current “normal” – dictated by the people voted into power – has failed.

She further blames capitalism’s “failure” for global “climate breakdown” that can only be redressed by a radical revolution by the people, for the people. She declared:

We are never going back to normal again because ‘normal’ was already a crisis. What we refer to as normal is an extreme system built on the exploitation of people and the planet.

It is a system defined by colonialism, imperialism, oppression and genocide by the so-called global North to accumulate wealth that still shapes our current world order.

Thunberg added: “If economic growth is our only priority, then what we are experiencing now should be exactly what we should be expecting.”

It follows her previous works which include a memoir, Our House Is On Fire and a collection of speeches, No One Is Too Small to Make a Difference.

An assortment of geophysicists and meteorologists; engineers and mathematicians; historians and indigenous leaders, are there too.

Ahmed asked whether she thought it was as simple as making laws that outlaw things, Thunberg responded: “There are many [things we can do], but while we do these things that we can do within our current system, we have to realise that we need a system-wide transformation.

“We need to change everything because right now our current system is on a collision course with the future of humanity and the future of our civilization.”

Thunberg expounded her theory about why the pandemic saw undiminished climate activism.

She said she will always be on the side lines urging change and won’t become a politician because “I don’t think I would thrive in that environment” and politics is “working to maintain the status quo.”