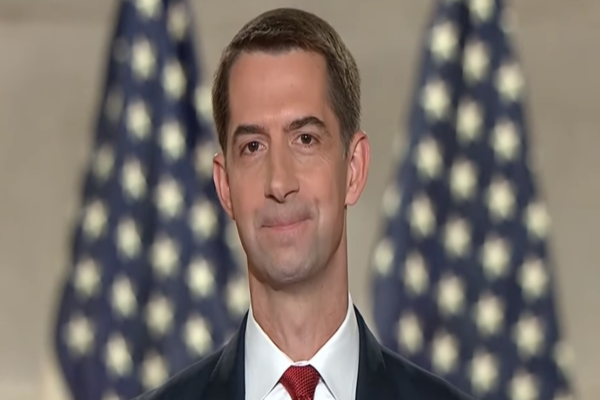 (breitbart) – Sen. Tom Cotton (R-AR) is sounding the alarm regarding the possibility of communist China collecting DNA from athletes participating in the 2022 Beijing Winter Olympic Games.

“In 2022, thousands of world-class athletes will gather to compete in China,” the Republican wrote in an email obtained by Fox News. “Their DNA will present an irresistible target for the CCP [Chinese Communist Party]. Thus, we should expect that the Chinese government will attempt to collect genetic samples of Olympians at the Games, perhaps disguised as testing for illegal drugs or COVID-19.”

The senator wrote that the CCP considers DNA collection as a “vital intelligence-gathering objective.” He cited the U.S. National Counterintelligence and Security Center that said China considers genomic data as a “strategic commodity.”

In a Tuesday Senate floor speech, Cotton urged the Biden administration to boycott the Beijing Olympics unless “the safety, security, and privacy of our athletes” are guaranteed. In his remarks, the Arkansas Republican warned of China’s “invasive domestic surveillance system” and argued that U.S. athletics could be “subject to arbitrary detention in China, particularly those who have spoken out” against the communist government’s wrongdoings.

Cotton, one of the Senate’s most hawkish lawmakers against China, has garnered headlines in recent weeks for proposing various strategies to punish Beijing for the coronavirus pandemic. Last week, Cotton suggested revoking China’s permanent most-favored-nation status and revoke visas from CCP members and their children to block them from obtaining an education at U.S. schools.

“China’s chances of ever conceding that they’re responsible for this virus is zero. But that new report from the Lawrence Livermore Lab just confirms what I’ve been saying from the very beginning, just use your common sense. This virus emerged in a city larger than New York, just a few blocks down the road from the lab where they research these viruses,” the senator told Fox News Channel’s America’s Newsroom. “Every bit of evidence we have points to those labs. And it’s past time to hold China accountable for their negligence and their deceitfulness in unleashing this plague on the world. There [are] lots of things we could do.”

“We could revoke their permanent most-favored-nation status, a bad mistake that we made twenty years ago. We could team up with our allies and take back the very favorable financing terms they get from international financial institutions like the World Bank,” he added. “We could take away visas from Chinese Communist Party members and their kids so they can’t send their kids to American schools anymore. There’s no end to the things we can do to make China pay for unleashing this plague, and we should start right now.”