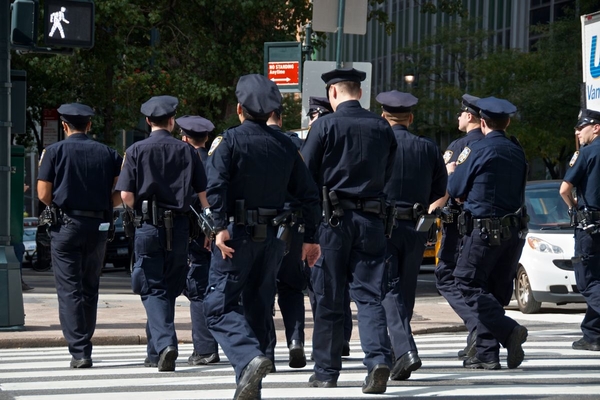 (breitbart) – Police retirements and resignations rose significantly over the course of the last year amid widespread riots and coinciding calls to defund the police, according to a survey of about 200 police departments nationwide.

The survey of roughly 200 police departments revealed that retirements were “up 45 percent and resignations rose by 18 percent in the year from April 2020 to April 2021 when compared with the previous 12 months, according to the Police Executive Research Forum, a Washington policy institute,” as reported by the New York Times.

Chief David Zack of the Asheville Police Department said the department, which lost over one-third of its police force, “knew” they “were going to be in trouble.”

“I don’t think we ever anticipated getting to this level,” he said.

Officers who left said they endured a barrage of “good riddance” taunts on social media. Some said they were accused of leaving because the higher level of public scrutiny meant they could no longer beat up people of color with impunity.

One sergeant who quit after a decade on the force, who did not want his name published because of the aggressive verbal attacks online, said last summer had chipped away at his professional pride and personal health. He could not sleep and drank too much.

The resignations and retirements coincide with the crime surge rocking the nation, one year after the defund the police movement dominated the political narrative.

As a result, New York Mayor Bill de Blasio (D), for example, plans to “reinstate $92 million to build a new precinct cut from the budget last year” as shootings in the city increase exponentially. The same is happening in other blue cities, such as Baltimore, where Mayor Brandon Scott, who advocated for slashing the police budget, is now proposing increases, as Breitbart News detailed.

Democrats, meanwhile, have shifted their tone, with more moderate leftists claiming that the Democrat Party as a whole does not seek to defund the police.

“The Democrats do not stand for defunding police,” she claimed. “The police have a major role to play, especially community policing and reducing the incidents of violence and crime in our communities.”