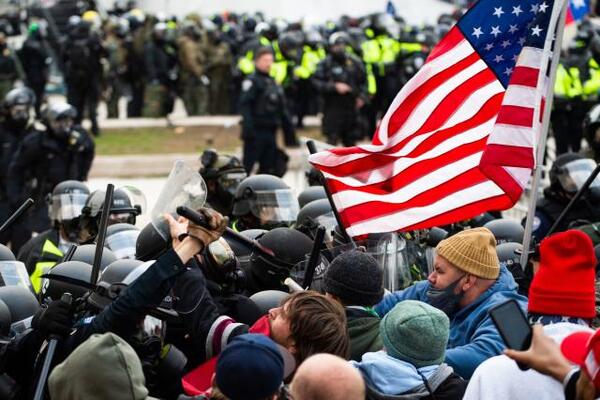 (breitbart) – A poll conducted by University of Chicago’s Institute of Politics shows nearly one-third of American voters believe they may have to take up arms against the United States government.

“Republican pollster Neil Newhouse and Democratic pollster Joel Benenson with input from students at the [Institute of Politics]” conducted the survey.

On July 24, the Hill reported the pollsters found that “twenty-eight percent of all voters, including 37 percent of gun owners, agreed ‘it may be necessary at some point soon for citizens to take up arms against the government.’”

When responses were broken down by party affiliation, the poll showed 33 percent of Republican voters and 35 percent of Independent voters believe it may be necessary to take up arms.

One in every five Democrat voters believe they may have to take up arms as well.

The poll shows that nearly half of American voters–49 percent–agree with the statement that they “more and more feel like a stranger in my own country.”

A majority of American voters agree with the statement claiming the United States government is “corrupt and rigged against everyday people like me.” While this view was most prominent among Republicans and self-identified conservatives, even “51 percent of voters who call themselves ‘very liberal’ also agreed.”