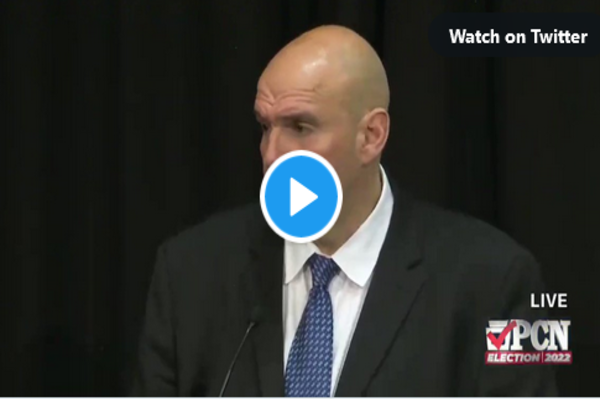 (breitbart) – Radical Democrat John Fetterman, who is running for U.S. Senate in Pennsylvania, supports abortion up until the moment of birth.

Fetterman, the lieutenant governor of the Keystone State, made his position clear in a May interview with CNN when he said he does not support abortion limitations through the third trimester of pregnancy.

“I believe that choice is between a woman, her doctor,and a God if she prays to one,” he said. “As a man and a politician, I don’t have a right to intervene.”

The comments reaffirmed his position on abortion, which he shared in an April Democrat primary debate jointly hosted by the nonprofit SpotlightPA and the Pennsylvania Cable Network.

“Are there any limits on abortion you would find appropriate?” a moderator asked Fetterman.

“I don’t believe so, no,” he responded. “I believe that that is between a woman and her physician, and it’s certainly not between me and any politician.”

The debate occurred before the U.S. Supreme Court’s June 24 ruling in the Dobbs v. Jackson Women’s Health Organization case, which overturned the longstanding Roe v. Wade decision and made aboriton an issue for state legislatures to decide. Fetterman said if he were elected senator, he would not vote for any Supreme Court justice nominee who questioned the 1973 ruling.

“If they don’t support Roe v. Wade, they would not earn my vote,” he said. “I feel that strongly about women’s reproductive freedom and how settled of a case law it is in the United States.”

That evening, Fetterman also pledged to abolish the filibuster and support legislation that would nationally codify abortion rights in America if elected to the Senate:

While Fetterman’s stance on abortion is clearly radical, so are his views on the criminal justice system. As lieutenant governor, he chairs Pennsylvania’s five-person Board of Pardons and commutation recommendations for convicted murderers and others facing life sentences skyrocketed under his leadership. Additionally, he has stated that he agrees emptying the state’s prison systems by one-third would not “make anyone less safe.”