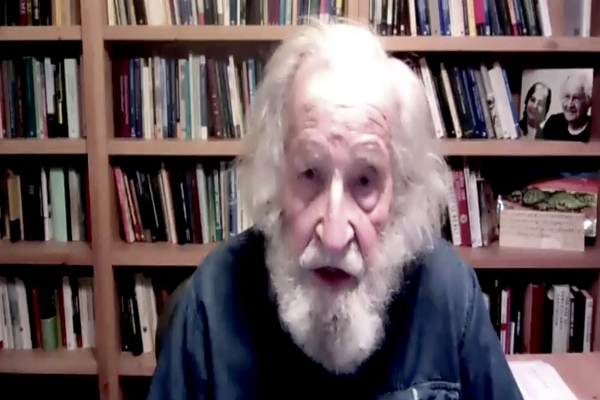 (breitbart) – Famed MIT linguist professor and far-left activist Noam Chomsky believes that while people who refuse vaccines should be forced to inject one, they should still be “isolated” to protect the community.

During an interview with Kurt Gödel, Chomsky said that the topic of vaccine mandates is a “mixed story” that should strike a compromise between individual freedom and community safety, wherein the community forms a “social convention” that pushes the isolation of unvaccinated people:

People who refuse to accept vaccines, I think the right response for them is not to force them to, but rather to insist that they be isolated. If people decide, ‘I am willing to be a danger to the community by refusing to vaccinate,’ they should say then, ‘Well, I also have the decency to isolate myself. I don’t want a vaccine, but I don’t have the right to run around harming people.’ That should be a convention. Enforcing is a different question. It should be understood. And we should try to get it to be understood. If it really reaches the point where they are severely endangering people, then of course you have to do something about it.

For example, Chomsky said that if someone were to refuse the smallpox vaccine and then frequent public places where smallpox could spread, that would be a situation where the community would have to step in and stop that person. Chomsky said that we have not reached that crisis point with the coronavirus pandemic “yet.”

“So I think we should first attempt to establish conventions that will be understandable by people with some moral capacity to try to convince them that it’s your rights to refuse to get a vaccine, but then it is your responsibility to isolate yourself so you don’t harm others,” he concluded.

Chomsky did not address the fact that the vaccine does not stop transmission of the coronavirus, nor did he address whether or not a person who previously recovered from the virus (natural immunity) has the right to refuse the vaccine.

In many ways, Chomsky’s words echo that of famed lawyer Alan Dershowitz, who also said that unvaccinated people should be isolated.

To date, nearly 412 million doses of the FDA approved coronavirus vaccines have been administered in the United States, and over 189 million people in the U.S. have been fully vaccinated. According to the Centers for Disease Control and Prevention, the mRNA coronavirus vaccines made by Pfizer and Moderna reduce the risk of severe illness in people who are fully vaccinated by 90 percent or more.