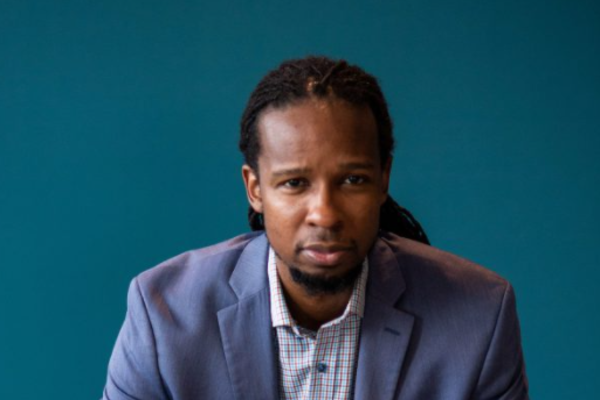 Kendi, the author of Antiracist Baby, has received the backing of the Biden Education Department.

In April, Education Secretary Miguel Cardona’s office proposed a rule that called for the development of “culturally responsive teaching” in American History and Civics and held up the widely discredited “1619 Project” as a model for schools to teach these subjects.

The rule intends to establish priorities for grants in American History and Civics Education programs that incorporate Critical Race Theory-based curricula, such as the “1619 Project.”

The department elaborated on its proposal, with a reference to Kendi:

Accordingly, schools across the country are working to incorporate anti-racist practices into teaching and learning. As the scholar Ibram X. Kendi has expressed, “[a]n antiracist idea is any idea that suggests the racial groups are equals in all their apparent differences—that there is nothing right or wrong with any racial group. Antiracist ideas argue that racist policies are the cause of racial inequities.” … It is critical that the teaching of American history and civics creates learning experiences that validate and reflect the diversity, identities, histories, contributions, and experiences of all students.

The union noted what it referred to as a “galvanizing national speech” by its president Randi Weingarten, who said, despite the difficulties of the past year, teachers are facing an even more challenging year ahead.

“It won’t be easy, and some people will try to make it harder, like those who have disparaged educators, scapegoated our unions and blamed us for things outside our control, like school closures caused by a pandemic,” she said.

Weingarten went on to pledge to defend any teacher who is prevented from teaching “honest history” in states that have banned the teaching of Critical Race Theory and its associated concepts:

Let’s be clear: critical race theory is not taught in elementary schools or high schools. It’s a method of examination taught in law school and college that helps analyze whether systemic racism exists—and, in particular, whether it has an effect on law and public policy.

“But culture warriors are labeling any discussion of race, racism or discrimination as CRT, to try to make it toxic,” she added.

Ironically, the National Education Association (NEA), the nation’s largest teachers’ union, fully embraced Critical Race Theory at its representative assembly at the end of last week, resolving to invest in openly promoting its teaching in K-12 schools and in conducting oppositional research on critics of the cultural Marxist ideology.

“This harms students,” she said. “These culture warriors want to deprive students of a robust understanding of our common history. This will put students at a disadvantage in life by knocking a big hole in their understanding of this country and the world.”

The union has selected 20 teacher fellows from three school districts—ABC Unified School District in Los Angeles County; Dearborn, Mich.; and New York City—to participate in this program. These fellows will work in cohorts to produce materials for civics education centered around inquiry learning and action civics, which will go into an online library with materials available through the AFT’s Share My Lesson.

As Breitbart News reported, “action” or “protest” civics is an education method that permits students to earn class credit for participating in or helping to organize political protests or lobbying efforts.

Stanley Kurtz has been sounding the alarm about “action civics” legislation over the past several months at National Review.

Kurtz, the author of the Partisanship Out of Civics Act, a model for legislation that seeks to ban action civics at the state level, has warned approval of such measures will likely only aid leftist causes.

For example, action civics grants might be provided for students to earn credit for participating in events such as Black Lives Matter protests, lobbying state lawmakers with Planned Parenthood for comprehensive sex education, and spurring students to organize protests for gun control, as was the case already with the Obama administration following the Parkland shootings.

Kurtz has explained “action” or “protest” civics will be funded in much the same way as the Common Core State Standards: through massive education grants the federal government will dangle in front of states to be accompanied by attached “strings” that would force such civics engagement on school districts.