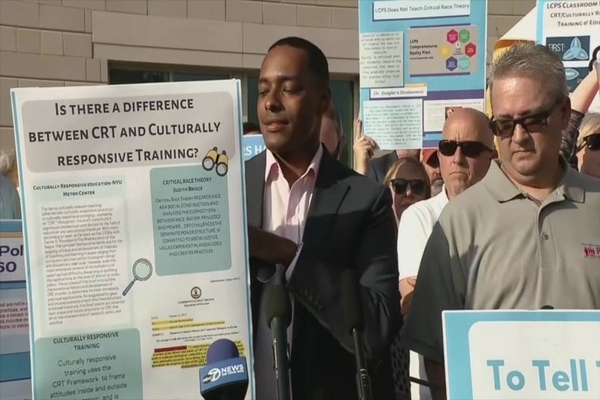 (breitbart) – With school efforts to indoctrinate children with Critical Race Theory (CRT) and the growing consequences of pandemic school closures, one thing is clear — parents have had enough.

While in the past, recalls have stemmed from “disputes over mismanagement, open meeting violations or allegations of corruption,” this year’s recalls “focus on efforts to snuff out teachings on critical race theory and displeasure about mask requirements.”

Grassroots efforts — which have been seen with frequency on the left — are now being adopted by conservatives and parents who don’t want their children learning from home indefinitely or who don’t want race explained through the lens of CRT.

Critical Race Theory holds that the United States is racist by design, because its Constitution and all of its other institutions emerged in a context where slavery was legal. According to the theory, the very institution of private property in the U.S. is corrupt because it was enshrined in a system that saw black people as chattels.
… Race is to Critical Race Theory what class is to Marxism: a basic building block of society, which can only be defeated by a revolution that gives power to the formerly oppressed.

A groundswell from parents in places like Loudoun County, Virginia; Mequon, Wisconsin; and Litchfield Park, Arizona, is aimed at curtailing radical teachings from infiltrating places where young minds are shaped.

In Loudoun County for example, a political action committee led by former Trump Justice Department official Ian Prior is sponsoring a recall of school board members. Those board members are accused of being a part of a “Facebook group that created and shared a list of parents who opposed “racist” critical race theory in academia, Breitbart News reported.

Four out of seven members of the Mequon-Thiensville School District Board of Education in Wisconsin are being recalled “over the district’s response to the COVID-19 pandemic and introducing critical race theory lessons,” according to Axios.

Two board members for the Litchfield School District are also facing recall efforts after the board approved an “equity” statement in December of 2020, Arizona Republic reported.

Parents in other counties are seeking to oust school board members for delaying a return to in-person learning.

In the Douglas County School District in Colorado for example, four of seven board members are facing recall efforts. A man named Nate Ormond organized a group called “Road to Recall” after he raised concerns about child suicide rates and child abuse enabled by the school board’s inability to decide between in-person and remote learning, according to ABC7 Denver.

Another board member in the La Mesa-Spring Valley School District in California is facing a recall because she reportedly did not want to make teachers return to school without a chance to get the coronavirus vaccine.

“That seems like a very white supremacist ideology to force people to comply and conform without thinking about all of the intersecting factors and barriers that exist for all families,”school board member Chardá Bell-Fontenot said at the meeting.

While parents fight for their children’s education in states around the country, some Democrats have denied that schools are even teaching CRT.

Simultaneously, the largest teachers’ union in the country just vowed to push CRT into schools despite growing opposition. The National Education Association (NEA) promised to “share and publicize, through existing channels, information already available on CRT– what it is and what it is not,” Breitbart News reported.

In response to Democrats’ leftist agenda, parents around the country have broken recall records by taking a stand at their local school board meetings — and the year is only half over.