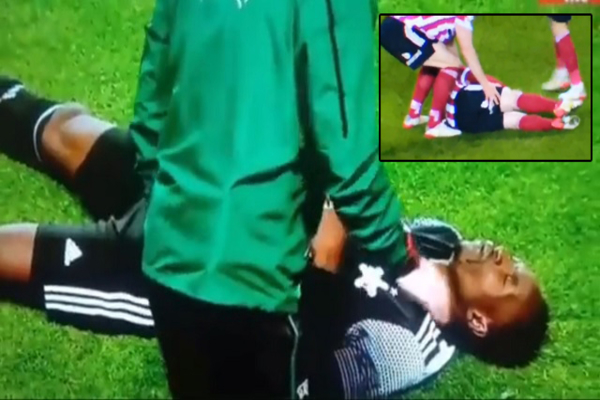 (IL) – The “puzzling” surge in heart disease among soccer players is just a “coincidence,” so says the media.

From The Daily Mail, “‘It’s terrifying but it’s a COINCIDENCE’: Leading cardiologist says footballers should not panic after five high-profile collapses – but insists all players need to be checked throughout their 20s and 30s”:

A spate of high-profile heart problems and collapses among professional footballers in recent weeks are likely to be coincidence, rather than an indication players are struggling to cope with the high-intensity game, according to a leading cardiologist.

Nice framing. Those are the only two options!

Football has been rocked when three players were hospitalised this week after falling ill during training sessions or matches.

Wigan striker Charlie Wyke, 28, collapsed in training, Sheffield United’s John Fleck, 30, collapsed on the pitch at Reading and Adama Traore 25, went down clutching his chest while playing in the Champions League for Sheriff Tiraspol against Real Madrid.

While the cause of those collapses are being investigated, Barcelona striker Sergio Aguero, 33, was diagnosed with cardiac arrhythmia having been forced off with chest pains in a 1-1 draw against Alaves last month and Icelandic midfielder Emil Palsson, 28, required resuscitation after a cardiac arrest in October. [Note: tons more cases are documented here.]The word “vaccine” doesn’t appear once in the entire article.

Here’s what happens when someone asks the obvious question:

The Daily Mail’s unmoderated comment section made it abundantly clear no one is buying the propaganda: