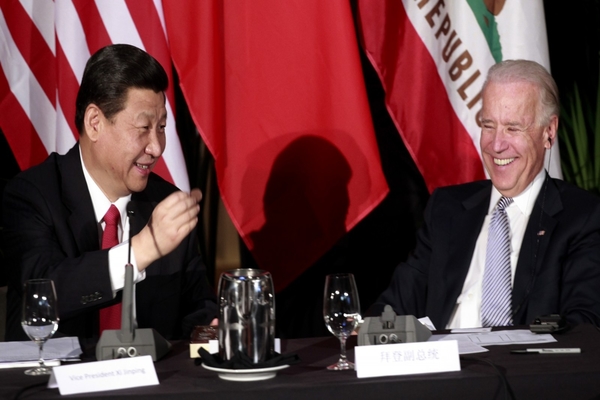 (breitbart) – What started as Texans seeking to protect a local river has morphed into a political firestorm after a Chinese billionaire and member in good standing with the Chinese Communist Party snapped up 140,000 acres in the state on the border with Mexico near Laughlin Air Force Base.

And Chinese real estate tycoon Sun Guangxin is not only a neighbor to a top U.S. military installation, but he is planning a wind farm on the property, meaning the operation could be connected to the electricity grid in the state.

Devils River Conservancy was the first to sound the alarm about foreign investors buying up massive amounts of U.S. land based on how those investors could harm the environment.

But when lawmakers found out about Sun and his plans, national security became the focal point.

“These wind farms affect our training routes and pose a severe risk to our national security,” Sen. Ted Cruz (R-TX) said in a statement provided to Forbes, which published a lengthy article on Sun. “The Chinese Communist Party has demonstrated time and again they’re willing to invest billions of dollars to expand their espionage capabilities and their global reach, including through land purchase schemes near military bases.”

Former Texas Congressman Will Hurd (R) wrote an op-ed published in the Houston Chronicle warning of Sun’s wind farm and Sen. John Cornyn (R-TX) has also condemned the Chinese operation right in the heart of Texas.

In fact, two pieces of legislation have been crafted locally and nationally to protect the U.S. against foreign investors.

“As far as I know this is the first law of its kind by any state in the United States of America,” Abbott said of the bill designed to prevent “hostile nations” from accessing Texas’ electricity grid and other “critical infrastructure,” such as computer networks and waste treatment systems.

In this file photo, wind turbines are viewed at a wind farm on January 21, 2016, in Colorado City, Texas. (Spencer Platt/Getty Images)

Cruz introduced the Protecting Military Installations and Ranges Act of 2021, a bill that would require the Committee for Foreign Investment in the United States (CFIUS) to re-review “any purchase or lease of real estate near a military installation or military airspace in the United States by a foreign person connected to or subsidized by” China, Russia, Iran, or North Korea

Those are the four countries also named in the new Texas law.

Sun’s path — from obscure origins, to billionaire industrialist, to the crosshairs of Texas lawmakers — was fueled by the transformation of China’s economy over the past 30 years. Born the son of a farmer in 1962, just a few years before the start of Mao Zedong’s Cultural Revolution, Sun served in the People’s Liberation Army as a teenager and saw active combat in the 1979 Sino-Vietnamese war, rising to the rank of captain, according to English and Chinese language news stories, and the book Eurasian Crossroads: A History of Xinjiang by Georgetown professor James A. Millward.

After leaving the army in the late 1980s, Sun opened the first fresh seafood restaurant in Ürümqi, the capital of China’s northwestern Xinjiang province. The eatery was a novelty in the landlocked city—and it gave Sun a venue to hobnob with businessmen and party officials. He reportedly then opened other novel attractions in Ürümqi: The city’s first karaoke bar, disco and bowling alley. In 1989, he incorporated Xinjiang Guanghui Industry Investment Group (Guanghui), whose first major venture was importing oil drilling equipment from the collapsing Soviet Union and selling it to state-owned Chinese firms. By 1994, Guanghui was selling construction materials and developing real estate. By the early 2000s, Sun controlled 60 percent of all real estate in Ürümqi and had acquired dozens of state-owned firms, more than any other private enterprise in China, according to Millward’s book.

And Forbes reported on Sun’s plans for his U.S. investments:

Today, Sun’s company, Guanghui, is a sprawling conglomerate that generated over $29 billion in revenue last year and employs more than 108,000 people. Forbes estimates Sun’s net worth to be $2.1 billion. Sun incorporated GH America Investments Group in the United States in 2015. Under the GH umbrella are subsidiaries like GH PacVest, which owns commercial real estate in California; GHA Barnett, the owner of 41 wells producing natural gas in Texas’ Barnett Shale; and Brazos Highland Properties LP, the entity Sun used to acquire land in Val Verde County, including a ranch where he likes to vacation and go hunting—his first purchase in the area—according to GH America’s spokesman. Through Brazos and another subsidiary, Harvest Texas LLC, Sun controls nearly 7% of all land in Val Verde County.

Forbes was shown plans for the Blue Hills Wind Development and reported it would consist of five permanent meteorological towers, each about 500 feet high, and 46 wind turbines, some up to 700 feet tall — 100 feet taller than the Washington Monument.

Operations could begin as soon as early 2023, Forbes reported.

“The question we get a lot is, how in the world would anybody in Texas sell to [the] Chinese?” Randy Nunns, a local landowner and former president of the Devils River Conservancy, said in the Forbes report.

Turns out it was a Texan who sealed the deal with Sun.

“That intermediary was David Frankens, a businessman from Lufkin, a rough-and-tumble town in the east part of Texas, closer to Louisiana than Houston or Dallas and eight hours by car to Val Verde County,” Forbes reported. “Land deeds show that Frankens bought properties from existing landholders and then sold them to Sun’s subsidiary on the same day.”

The unidentified person who sold the land to Frankens said he did not know he would flip the property to GH America.

Ironically, the federal government has given regulatory approval to Sun’s wind farm and the CFIUS also signed off on the project last December.

In July of this year, the Department of Defense gave Blue Hills a mitigation agreement that would satisfy “concerns about turbines interrupting training routes at Laughlin Air Force Base,” Forbes reported.

And Forbes noted that the CFIUS’s approval is conditional and it could reverse its decision.