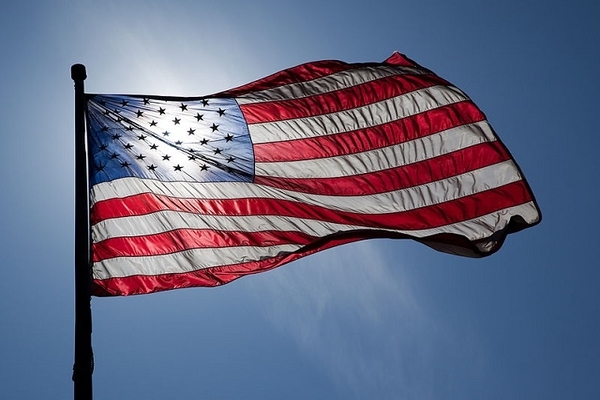 (IL) – Americans would ditch the Republican and Democratic parties for an “America First” nationalist party and “Middle class first” universal health care party if America was a 5-party system, according to a new survey.

A Republican-style party would come in third while a “Green New Deal” social justice party and a Democrat-style LGBTQ, free trade, “reform capitalism” party would tie for last.

The survey appeared skewed towards the left and the margin of error is probably at least 5%.

Whereas Acela is a solid description of the current Democratic Party their “Conservative” Republican Party is not the greatest stand-in as it says they would “promote traditional family values,” which the GOP has zero interest in today (thanks to GOP megadonor Paul Singer).

If they replaced “promote traditional values” with “promote Caitlyn Jenner” and “put Israel First” their support would probably match that of the Acela (Democrats) and Greens.

Of course, this is just a useful thought experiment as the Democratic and Republican parties are set up the way they are for a reason and the American people only getting the worst part of their respective party’s agenda when they’re in office is by design.

Nonetheless, it demonstrates perfectly how we have a rigged system.

In related news, another recent poll found that two-thirds of Southern Republicans would support seceding from the United States.

From RT, “66% of Republicans in southern US & nearly half of West Coast Democrats want to secede from country as division grows”:

Amid political division and constant culture wars, two-thirds of Republicans in the southern United States and almost half of West Coast Democrats want to secede from the country and form their own nation, according to a new poll.

A poll released on Wednesday by Bright Line Watch and YouGov reveals that a large portion of Americans from across the US want their regional area to secede from the union, with southern Republicans and West Coast Democrats apparently the most dissatisfied with the status quo.

In total, 44% of southerners support secession, with 66% of Republicans expressing a desire for the South to part ways with Washington. Half of southern independents also expressed support for secession, as did 20% of Democrats in the region.

Over on the West Coast (which included Alaska and Hawaii), there was less desire to break away, with a total of 39% of Americans expressing support for secession – but here Democrats were the most likely to want to secede at 47%, followed by independents (33%), and Republicans (27%).

Though the South and the West Coast were the two US regions with the most desire to break free, numbers were also high in the rest of the country.

In the northeastern United States, 34% of Americans said they want to secede from the union, with Democrats and independents at 39% and 35% respectively, while 26% of northeastern Republicans felt the same.

Meanwhile, around one-third of Americans in the mountain states want to break off from the US, with Republicans at 43%, independents at 35%, and Democrats at 17%.

Bright Line Watch described the numbers as “distressingly high,” while data journalist Christopher Ingraham called it the “most disturbing datapoint I’ve seen in a while.”

It’s nice to see some good news for a change!