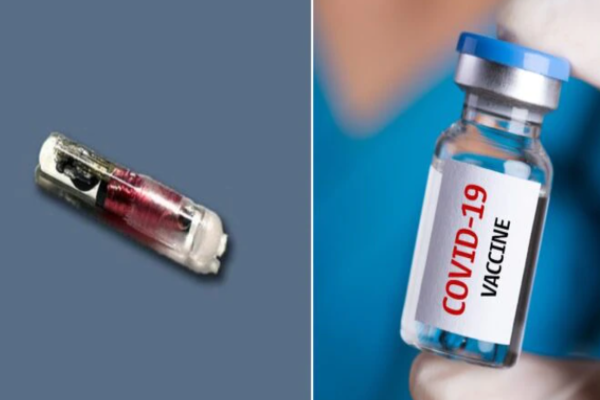 (bigleaguepolitics) – A new survey has shown that 20 percent of Americans believe that the experimental COVID-19 vaccinations may contain microchips.

Additionally, the findings showed that 29 percent of Trump voters believe the vaccines are spiked with microchips while eight percent of Biden voters believe the same. More than a quarter, 27 percent, of individuals aged 30-44 support the theory as well. This is causing vax pushers to demand more digital censorship in response to these findings.

“Most Americans reject these theories, but only minorities of those who oppose their vaccinations do,” YouGov states in their poll summary. “Nearly one in three say they aren’t sure what to believe.”

Big League Politics has reported on how some of the COVID-19 vaccines are made from the mutiliated tissue of babies murdered in the womb during abortion procedures:

“Catholic leaders in the state of Michigan are warning the public that Johnson & Johnson and AstraZeneca COVID-19 vaccines are made from the tissue of dead, mutilated fetuses.

Archbishop Allen H. Vigneron and a coalition of six other Catholic leaders throughout the state have been sounding the alarm about these vaccines. They are demanding for public officials to be honest and transparent with the public about the troubling origin of these experimental vaccines.

“It is morally permissible to receive the vaccines developed by Pfizer and Moderna. Neither of these vaccines have used cell lines originating in tissue taken from aborted babies in their design, development and production,” a statement from the regional Catholic church stated.

“However, both the Pfizer and the Moderna vaccine did use such a cell line in the confirmatory testing. This connection to the abortion is very remote, however, and it is important to keep in mind that there are varying levels of responsibility. Greater moral responsibility lies with the researchers than with those who receive the vaccine,” they added.

The church noted that other vaccine researchers, such as Johnson & Johnson and AstraZeneca, are using the chopped up fetal parts more directly in synthesizing their vaccines, and this is becomes untenable from a moral perspective.

“The vaccines developed by Johnson & Johnson and AstraZeneca are more morally problematic, however. They utilized in the design, production, development, and confirmatory testing a cell line that originated from tissue taken from an aborted baby. These vaccines may be received only if there are no other alternatives,” the church wrote.“

It is no wonder why so many Americans are seeking alternative theories with regards to the COVID-19 vaccine. They have been misled by a callous public health establishment with no ethics for too long.