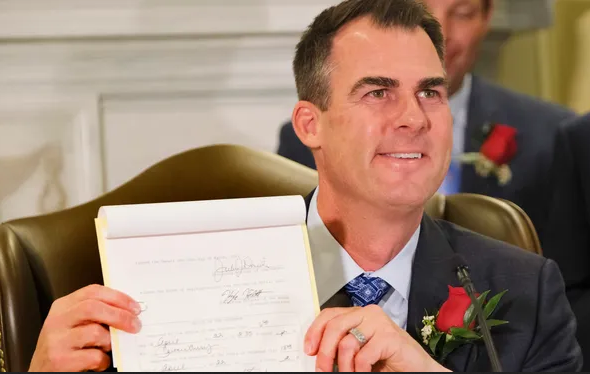 The law is modeled after Mississippi’s law, which is currently before the Supreme Court and is the greatest challenge in decades to the Court’s 1973 Roe v. Wade decision declaring abortion a protected right under the U.S. Constitution. The Kentucky House voted 76-21, and the Senate voted 31-6 to override Beshear’s veto, and the law will go into effect immediately.

Advocates say the law will “force the state’s two clinics to stop providing abortions immediately,” the Washington Post reported. The new law only allows abortion if a woman’s life is in danger and does not include exceptions for rape or incest. It also limits medication abortion and requires the cremation or burial of fetal remains, the report states.

Beshear cited the lack of exceptions for rape or incest as one of the reasons for his veto on Friday.

“Rape and incest are violent crimes,” he said. “Victims of these crimes should have options, not be further scarred through a process that exposes them to more harm from their rapists or that treats them like offenders themselves.”

Before the veto override, Republican state Sen. Stephen Meredith called abortion “a stain on our country” and “our greatest sin.”

“If a mother can kill her own child, what prevents us from killing ourselves and one another?” he said.

According to the Post, the Planned Parenthood in Kentucky on Thursday said it was not performing abortions. However, both Planned Parenthood and the American Civil Liberties Union said they are filing lawsuits to challenge the ban.

Kentucky is one of the most recent states to enact such a ban. Florida Gov. Ron DeSantis (R) signed a similar law on Thursday.