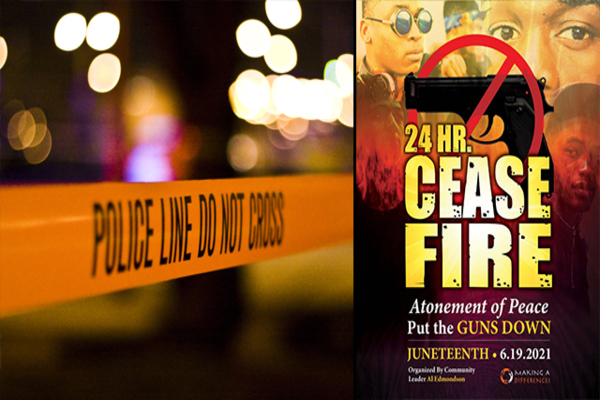 (informationliberation) – A man was shot in the early morning hours on Saturday in Columbus, Ohio just shortly after the locally organized “Juneteenth ceasefire” began.

From WCMH, “One person injured in shooting in north Columbus”:

One person is in stable condition after a shooting in northern Columbus early on Saturday morning.

According to Columbus Police, officers responded at approximately 4:25 a.m. to the 2000 block of Brooklyn Rd.

The victim was found at the scene and transported to Riverside Methodist Hospital in stable condition.

As I reported on Friday, local leaders called on their community to not shoot anyone in honor of the Juneteenth holiday which celebrates the abolition of slavery in Texas two years after the end of the civil war.

“We’re telling everybody in honor of Juneteenth, let’s tone it down for 24 hours and see what we can do, and if we can get that done, we can do more,” Making a Difference CEO Al Edmondson said.