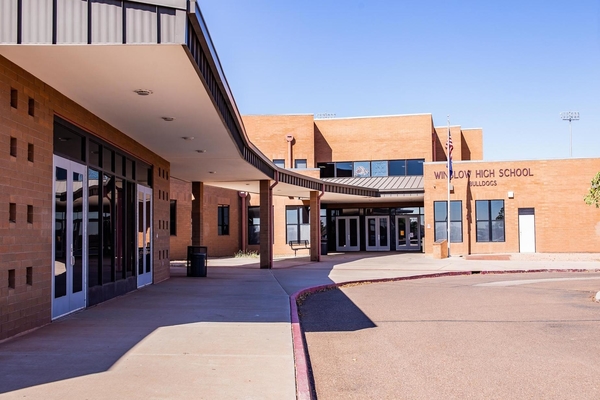 (breitbart) – The mayor of Hazard, Kentucky, who is also the principal of Hazard High School, was seen receiving a lap dance from a scantily clad male high school student during a “man pageant” at a school assembly. Other staff members at the high school were also seen receiving lap dances from male students.

The photos appear to show scantily clad male teenagers — some appearing to be dressed in drag — giving lap dances to staff members, one of whom was Donald “Happy” Mobelini, the principal of the high school, as well as Hazard’s mayor.

“Once the investigation is complete, appropriate action will be taken,” Combs said.

Several parents have expressed that they are upset about the “inappropriate actions” that appear to have taken place at the high school assembly, reports WKYT.

Parents said they were most upset about the photos showing teenage boys dressed in women’s lingerie, dancing on and near school employees.

A schedule of homecoming activities showed that a “costume day” and “man pageant” was on the books for Tuesday at Hazard High School, according to the school’s Facebook account.

During Tuesday’s assembly, several students dressed as Hooters restaurant employees and carried mugs that looked like they had beer in them, according to WKYT.

Other students were paddled as part of the event, the report added.

Moreover, the photos were even posted to the Hazard High School Athletics Facebook page. The post, however, has since been deleted.

Some students who were involved in the assembly told WKYT that they believe the situation has been blown out of proportion.

Nema Brewer, co-founder of the public education group KY 120 United, disagrees, telling the Lexington Herald-Leader that “this kind of stuff is not helpful,” especially given that so many eyes are on the world of academia right now in the United States.

“Public education is under so much fire right now,” Brewer said. “This kind of stuff is not helpful. In fact, it’s disgusting. It appears they are sexualizing young adults.”

“Um. Exactly what is going on here, y’all?” she wrote, sharing photos from the assembly. “C’mon Hazard. Get it together.”