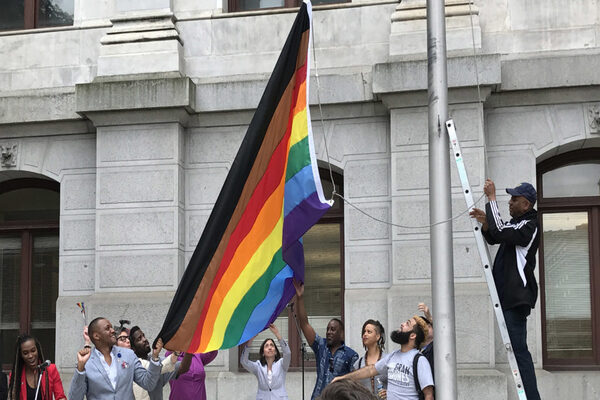 Kerry McGregor, a psychologist at the Boston Children’s Hospital’s Gender Multispeciality Clinic, made the admission during a presentation that people as young as 14 are pursuing mastectomies or breast implants.

“Youths are also, as early as like 14 or 15, are pursuing surgeries at this point. Top surgery or chest surgery is the most common at that age.”

Boston Children’s Hospital is not the only hospital that performs sex change surgeries on minors. A 2017 email exchange between Assistant Secretary of Health Rachel Levine, who is transgender, and the co-founder and co-director of the Gender and Sexuality Development Clinic at the Children’s Hospital of Philadelphia reveals that such surgeries were also occurring in Pennsylvania.

Nadia Dowshen, the co-founder and co-director of the clinic responded to a question from Levine, saying, “I think we’ve had more than 10 patients who have had chest surgery under 18 (as young as 15) and 1 bottom surgery (17).” Levine was the Physician General of Pennsylvania when the emails were exchanged.

McGregor also went on to note that the hospital has a “Gen Z clinic,” which is their “young child clinic.” She goes on to note, “I think we’ve seen kids down to two or three but most of the kids that we see are five, six, or seven when they first come into this clinic.”

“Usually at that age, they’re presenting in a more binary fashion,” McGregor added. The psychologist explained that boys who are called transgender frequently have “classically feminine interests” and “dress in a feminine way.”

The presentation was titled “Gender Diversity and Affirmation for Children and Adolescents” and was given through the Fenway Institute, which promotes transgenderism through the National LGBTQIA+ Health Center.

This is not the only time that McGregor has admitted that the gender clinic sees toddlers. In a different video that was removed from the Boston Children’s Hospital’s YouTube page, McGregor admitted that the clinic meets with children as young as two and three years old.

Breitbart News previously revealed that Dr. Jeremi Carswell, the Director of the Boston Children’s Hospitals Gender Multispeciality Service admitted that puberty blockers are being given to children “like candy” even though they can cause infertility later in life, particularly when paired with hormone treatment.

Carswell also admitted that she does not always consult with mental health professionals before giving out puberty blockers despite the risks associated with them.

Breitbart News also revealed that Carswell received financial compensation from Endo Pharmaceuticals, one of the main producers of Supprelin LA, a drug that is commonly used off-label as a puberty blocker.

Another presentation hosted by the Fenway Institute featured a therapist who writes referrals for those who want to undergo sex change operations. The therapist explained that she wants to act as an “ally” and tries to get surgeries approved “in as few sessions as possible.”

The institute also published a guide that taught doctors how to break down parents’ opposition to child sex changes.

Meanwhile, the president-elect of the World Professional Association on Transgender Health compared sex change operations to “removing a mole” in one presentation with the Fenway Institute.

Breitbart News has also investigated the pharmaceutical interests that have endeavored to normalize transgenderism among the youth.