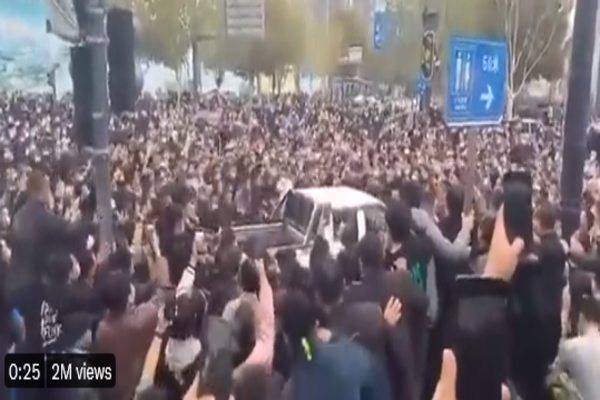 “We’ve long said everyone has the right to peacefully protest, here in the United States and around the world,” read a statement from the White House National Security Council shared with reporters. “This includes in the PRC.”

The statement was released Monday morning after critics pointed out that the White House had not said anything over the weekend to defend the protesters.

“The president’s not going to speak for protesters around the world, they’re speaking for themselves,” Kirby said when asked by reporters if he had a specific message to the protesters in China.

But Kirby and White House failed to condemn China’s violent authoritarian crackdowns of the protests or their attempt to censor protesters online.

Biden has personally remained silent throughout the weekend, ignoring reporters as he returned to Washington, DC, on Sunday evening after a long Thanksgiving holiday in Nantucket. He also held an event at the White House with Nobel Prize winners on Monday afternoon that was closed to the press.

The statement pointed to promoting vaccines, boosters, testing, and early treatment of the virus as a solution for the United States.

Protests in China continue, as Chinese dictator Xi Jinping is trying to suppress them and hold firm with his coronavirus containment policies.

The latest round of protests was sparked after an apartment building fire killed ten people in Urumqi, as people in the city blamed the lockdown policies for failing to rescue the victims.