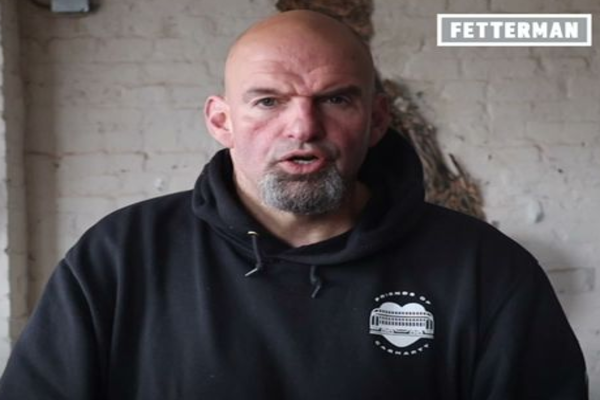 (breitbart) – It’s unclear if he’ll have a speaking role, but the newly elected Democrat senator from Pennsylvania John Fetterman is set to make a cameo appearance in a new movie starring Christian Bale.

The senator-elect made the announcement by posting a photo of himself and his wife, Gisele, dressed in full costume alongside Bale on the set of the 19th-century crime drama, The Pale Blue Eye, which was filmed in western Pennsylvania.

Cooper directed Out of The Furnace, which features and was mostly filmed in Braddock, WPXI.com reports.

The Pale Blue Eye is set to be released in theaters Dec. 23 before arriving on Netflix Jan. 6.

The walk-on will not be the first time Fetterman has embraced the possibility of acting.

The original Coca-Cola advertisement began with Greene, a Pittsburgh Steelers legend, hobbling down the tunnel after a game when a child approaches him to offer a coke.

Greene accepts it and tosses this child his jersey, saying, “thanks, kid.”

In an attempt to use the classic commercial and the Steelers’ popularity to appeal to Western Pennsylvania voters, the Democrat recreated the advertisement in 2016 in a low-quality video entitled “‘Mean John’ Fetterman.”