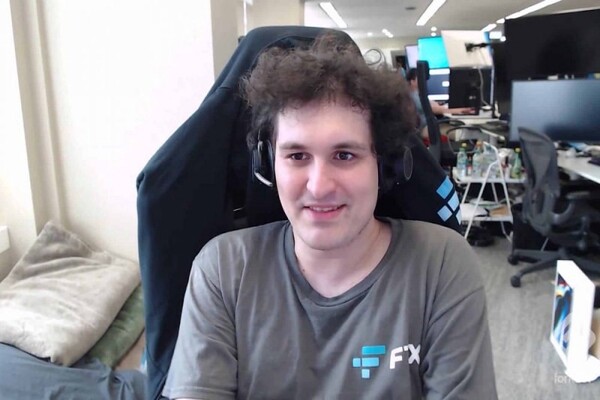 Sam Bankman-Fried, the disgraced founder and former CEO of cryptocurrency exchange FTX, was hit with a host of fresh charges Tuesday relating to possible financial crimes and campaign finance violations.

A major allegation centers on the prospect he may have been pivotal in the spectacular implosion of FTX and willingly concealed its problems from the public and investors.

In total Bankman-Fried was charged with eight counts, ranging from wire fraud to money laundering to conspiracy to commit fraud on the United States, AP reports.

He was also charged with violating campaign finance laws, a notable charge as Bankman-Fried was one of the largest political donors this year to the benefit of the Democratic party, as Breitbart News reported.

Bankman-Fried was arrested Monday in the Bahamas, where he has been living, ahead of the filing of U.S. criminal charges, according to U.S. Attorney Damian Williams.

The SEC complaint is separate.

The major democrat donor was under criminal investigation by U.S. and Bahamian authorities following the collapse last month of FTX, which filed for bankruptcy on Nov. 11, when it ran out of money.

The charges are on top of charges announced earlier Tuesday by the Securities and Exchange Commission, which alleged Bankman-Fried defrauded investors and used proceeds from investors to buy real estate on behalf of himself and family.

The sudden collapse of FTX has been likened to the cryptocurrency equivalent of a bank run.

Bankman-Fried, who was once one of the richest people in the world on paper, now says he is getting by on a single credit card and likely has less than $100,000 to his name after FTX’s failure.

UPDATE: Reporters have obtained a copy of the prepared statement that Bankman-Fried is going to deliver before Congress on Tuesday, according to Mediaite.

The outlet states he will say, in part:

I would like to start by formally stating, under oath: I fucked up.

I know that it doesn’t mean much to say that I’m sorry. And so I’m dedicating as much of myself as I can to doing right by customers. When all is said and done, I’ll judge myself primarily by one metric: whether I have eventually been able to make customers whole. If I fail our customers in this regard, I have failed myself.

UPDATE: According to a document unsealed by a New York court on Tuesday, prosecutors are charging Bankman-Fried with eight counts. They are: