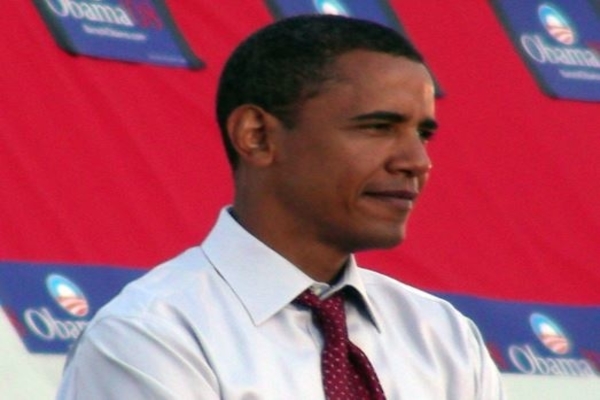 Last week, a spokeswoman for the former president said the Obamas had decided to “significantly scale back the event to include only family and close friends,” due to “the new spread of the Delta variant.” Video of the party, however, tells a different story.

While Americans are being told to keep their events small, “wear a mask with two or more layers,” and stand at least six feet apart from each other, the former president was caught on video dancing maskless among hundreds of also maskless party guests.

The birthday bash was quickly maligned on social media, with “Maskless Obama” trending on Twitter on Sunday afternoon.

Beyonce, Jay-Z, Steven Spielberg, Tom Hanks, George Clooney, and Bruce Springsteen were also among the A-listers on the guest list who reportedly showed up for Obama’s so-called “scaled back” birthday bash.

Rapper Trap Beckham and manager TJ Chapman also shared pictures revealing the event’s impressive food, high-end cocktails, swag offerings, and entertainment, and continued to post photos and videos throughout the evening as the party progressed, according to a report by New York Post.

Beckham and Chapman later deleted their social media posts due to having violated the lavish, celebrity-filled event’s ban on photography.

Leaked footage also showed that the event included performances by Alicia Keys and John Legend, who sang “Happy Birthday” to the former president. Beckham also reportedly performed a version of his hit “Birthday Bitch” for Obama.

Legend and his wife, disgraced former model Chrissy Teigen, who was recently exposed for her years of cyberbullying including telling Courtney Stodden to kill herself, were seen leaving Obama’s party just before midnight, reported the Daily Mail.

By the end of the night, a parade of taxis and SUVs leaving leaving the 29-acre estate reportedly caused a traffic jam, which one police officer described as a “shit show” over his police radio, according to an event photographer.