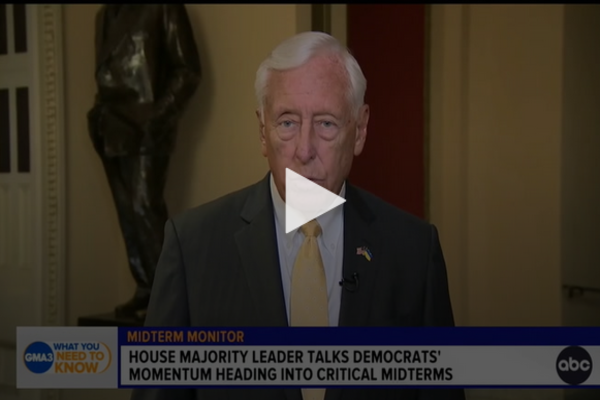 (breitbart) – On Wednesday’s broadcast of ABC’s “GMA3,” House Majority Leader Rep. Steny Hoyer (D-MD) said that if Republicans take over the majority in the House of Representatives, “They’re going to investigate” President Joe Biden and are “going to try to tear him down, and our country is going to be deeply divided.”

Hoyer said, “[L]et me tell you what’s going to happen if the Republicans take over the House, they’ve said what they’re going to do. They’re going to investigate the President of the United States. They’re going to try to tear him down, and our country is going to be deeply divided. And very frankly, what the Republicans have done, what Donald Trump has done is deeply divide our country. And I think we Democrats, frankly, and I think Joe Biden, President Biden has worked all his life in trying to create bipartisanship. And so, we’ll pursue that, whatever happens in November.”