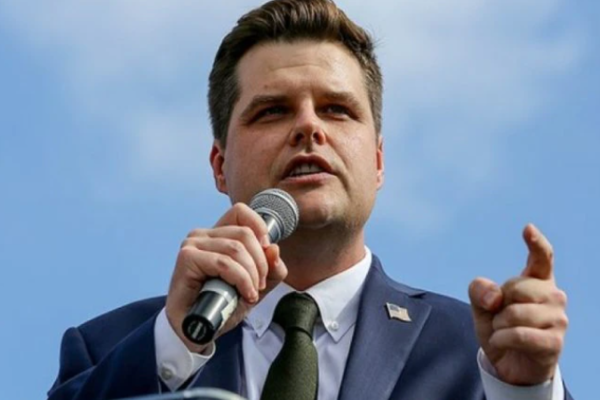 (breitbart) – Rep. Marjorie Taylor Greene (R-GA) went off on some of her Republican colleagues on Tuesday as the contentious speakership vote is underway, telling reporters that some of her Freedom Caucus colleagues and “supposed friends” have been demanding positions for themselves and acting hypocritically.

“We have been negotiating, talking, debating back and forth in our conference, trying to come to a really good rules package,” she said, explaining that she witnessed a very different story in the conference meeting, where she discovered that “several members, three, in fact,” went “last night and were demanding positions for themselves, demanding gavel positions, demanding subcommittees, demanding for people to be taken off committees and people to be put on committees.”

“Three Republicans out of our 222,” she said, emphasizing that she has not acted in the same manner.

“The only thing I have done is debate and request and argue amongst my peers for the right things for the rules package and for our agenda for the American people, and that’s the only thing I’ve done,” she said, adding that she is the only Republican with no committees.

“So you would think I would be the one in there asking for some, but I haven’t done that. But I find out that it’s my Freedom Caucus colleagues and my supposed friends that went and did that and they asked nothing for me. Nothing. That’s what I found out in there,” she said, adding that she is “furious.”

Greene then laid into some of her colleagues, whom she made clear are not perfect.

“Let me remind every everyone this Matt Gates who has compared Kevin McCarthy to Paul Ryan — my friend Matt Gaetz — he supported Paul Ryan almost more than anyone,” she said. “It’s still on his social media.”

“As a matter of fact, his first vote in Congress was for Paul Ryan as Speaker and then he cheered him on for nearly a year and a half or more, when people like me were at home furious at Paul Ryan’s speakership because it wasn’t passing the MAGA agenda that we all supported,” she continued, also laying into Rep. Chip Roy (R-TX) for refusing to object on January 6, as well as others for taking money from Rep. Kevin McCarthy (R-CA) to get elected yet opposing him in the speakership vote.

“This is not about prom king, this is not about a pastor, this is about electing a person to sit in the speaker chair so that we can all get to work,” she continued, lambasting the Republicans refusing to hold the line.

“There’s not going to be a tiny little group that is going to demand their way because they want subcommittee chairs and they want certain power positions, that is not how this works, and that is the worst thing they could do for the country, and I’m furious over it,” she said, promising to continue calling them out.