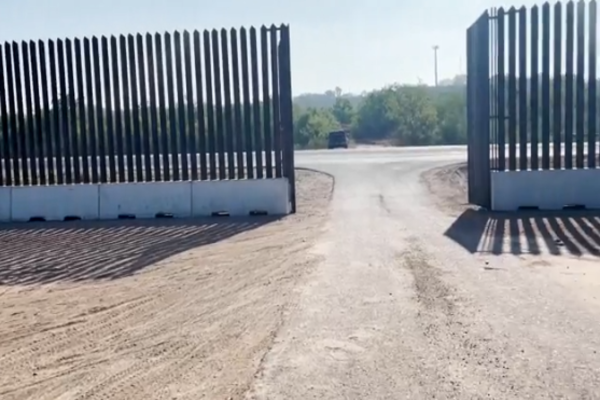 (breitbart) – The Texas bank of the Rio Grande is littered with growing mounds of discarded garbage left behind by the thousands of migrants entering the United States. Breitbart Texas retraced the path taken by nearly 500 migrants each day.

On Wednesday, Breitbart Texas posted at the river’s edge and navigated the narrow tunnel-like trails through dense Carrizo cane. The cane, an invasive giant reed, lines the Rio Grande making the first 100 yards of the trail difficult to move through. Discarded clothing, plastics, shoes, hygiene items, medicines, and identity documents are left behind every step of the trail.

The documents found along the trail included Cuban identity documents, shot records, and evidence of medical testing. On one document, a negative HIV test result appeared written in Spanish from a medical facility in Cuba. As reported by Breitbart Texas, groups of more than 100 Cuban nationals have been apprehended in the area in recent days.

After emerging from the dense cane, larger mounds of garbage become evident. The litter and clothing get trapped in the recently installed razor wire. Except for patrols carried out by the Texas Army National Guard, Breitbart Texas observed no federal movements along the river.

Signs are conveniently placed along a trail leading away from the Rio Grande with arrows for prospective asylum seekers. Sporadic mounds of litter and clothing line the nearly one-half mile walk to an open border fence gate.

The trails and roadways leading from the river are privately owned. There is no government initiative to clean up the environmental damage. The task is left to the landowners. Some ranchers in the region have all but given up on attempts to remove the garbage due to the enormity of the task.

Within an hour of retracing the self-guided path, a group of more than 75 mostly Cuban migrants used the same trail to make their surrender. Border Patrol agents arrived and began the routine task of transporting the migrants to a nearby processing facility.