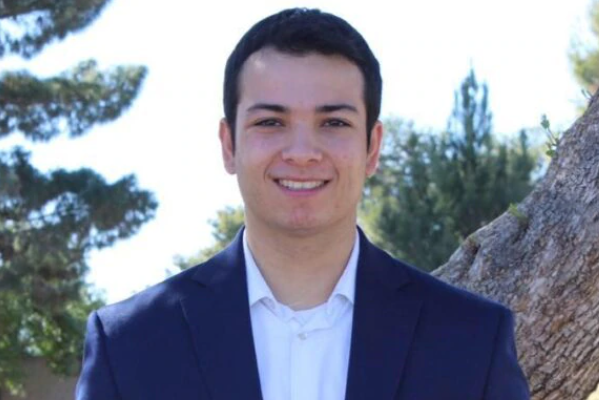 (bigleaguepolitics) – The great majority of universities throughout the United States have continued to propagate what some consider to be a draconian nightmare, with requirements forcing vaccination, mask-wearing, and other strict measures continuing to be enforced nationwide. While it is well known that many oppose the divisive mandates, most Americans have continued to comply with the seemingly arbitrary rules regardless.

One student at Arizona State University has decided enough is enough and is moving forward with a lawsuit against the university’s forced mask policy. The case will be the first of its kind nationwide, differing from previously filed lawsuits as it invokes a state executive order in its defense.

The plaintiff of the case hopes that it can help set a precedent for fighting similar mandates around the country.

“What ASU is doing is completely illegal,” Luke Mosiman, a 20-year-old student studying political science and business, said. “That is not just my opinion, but it is that of the legislature and Doug Ducey who wrote the law. I believe each person has the freedom and right to choose.”

Mosiman was referring to Arizona governor Doug Ducey’s Executive Order 2021-15, also called “Protecting Student Access To Higher Education.” The order states that institutions cannot “place any conditions on attendance or participation in classes or academic activities, including but not limited to mandatory testing and mandatory mask usage, if a person chooses not to obtain a COVID-19 vaccine or disclose that they have been vaccinated against COVID-19, unless such requirement has been mandated by law in the State of Arizona.”

ASU has continued to enforce these rules despite the order, with officials from the school claiming their current policy does not violate any of its provisions.

According to filings of the case, Luke Mosiman ran into trouble starting on September 10th, the day an ASU Professor named Margaret Hanson allegedly harassed Mosiman over his mask, claiming it was worn improperly. This was followed by an email to the student from professor Magda Hinojosa, who is the Director of ASU’s School of Politics and Global Studies. Hinoja’s email threatened disciplinary action and forced withdrawal from all his in-person classes at ASU as a consequence of him not wearing a mask to his professor’s liking.

“I have discussed this situation with Dr. Hanson, with representatives from the College of Liberal Arts and Sciences, and with Tempe’s Office of Dean of Students. I have asked the Dean of Students (cc’d on this message) herself to be involved before possible disciplinary referral to her office. I am also cc’ing Paul LePore, Associate Dean of the College of Liberal Arts and Sciences. As a school director I have discussed this policy since August with several deans in the College and other ASU leaders. I know that ASU’s face covering policy was developed through careful and thoughtful consideration of public health information and the needs of all individuals in our university community. While you might not have adopted this policy if the decision were yours to make, as both Dr. Hanson and the Office of Student Rights and Responsibilities have explained to you, the mask policy in classrooms is not optional. If you would like to remain enrolled in POS 301, you must comply with this policy. You may not attend any class sessions unless you wear an appropriate face covering over both your nose and mouth during the entire class session. This is not optional. Do be aware that, if you disregard this instruction and attend class without properly wearing a face covering, you will be asked to leave. Failure to leave or any disruption of class will result in a referral to the Dean of Students for possible disciplinary action and may result in your withdrawal from POS 301.”

A photo captured at ASU’s Memorial Union building showing a sign requiring masks and students ignoring it.
“I think they follow them when somebody is watching them, but I don’t think they actually believe it,” Mosiman said.

Hypocrisy among ASU officials regarding campus COVID rules is not without precedent. This past August Arizona State University President Michael Crow was caught without a mask on at an ASU-sponsored summit, just days before he and other officials began the fall semester with their draconian mandates. Crow’s summit reportedly had at least thousands of attendees.

“I have no wish for personal gain, that’s not why I am here,” Mosiman concluded. “I do not want others facing and dealing with the tyranny I have to face. If we don’t stand up now, this will keep going.”

A GiveSendGo campaign was launched by the student in order to help raise legal funds for the lawsuit. It can be found by clicking here.