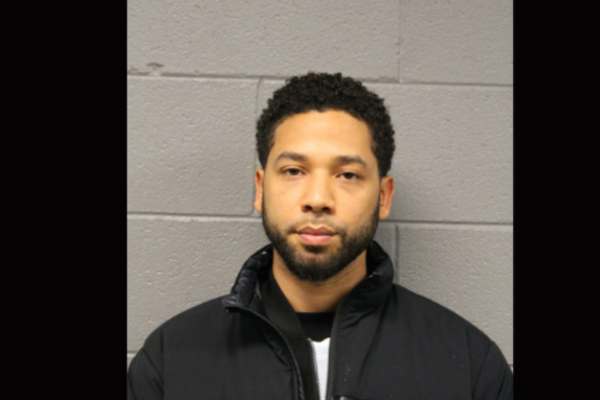 (breitbart) – Disgraced actor Jussie Smollett will have to stand trial over his 2019 alleged hate crime hoax after a Cook County judge denied his dismissal request.

Judge James Linn says the jury selection in Smollett’s trial will begin on November 29 after denying the actor’s lawyer’s Hail Mary pass at getting the case dismissed on Friday, according to a report by Page Six.

The former Empire star’s attorney reportedly argued that bringing Smollett into court would be a violation of his rights, since he had already performed community service and given up a $10,000 bond as part of a previous on-prosecution agreement with the Cook County state’s attorney’s office.

But Judge Linn disagreed, saying he will not interrupt the case, which is now being led by a special prosecutor appointed by another judge.

The embattled actor is accused of lying to police when he reported in early 2019 that racist and homophobic individuals wearing red hats, and yelling “MAGA country,” attacked him in downtown Chicago.

Smollett was charged with filing a false police report, in which the actor provided an imaginative account of his supposed run-in with Trump supporters, who he claimed beat him, poured bleach on him, and looped a rope around his neck, before informing him that he was in “MAGA country” Chicago.

But a Chicago police investigation later claimed that Smollett orchestrated the attack. The actor was then arrested and charged with the fraud. Investigators also said they discovered Smollett paid two Nigerian brothers, Abel and Ola Osundairo, to stage the hate crime against him.

In February, Chicago’s local CBS affiliate obtained video of the two brothers, questioned in connection with the hate hoax, purchasing ski masks from a store one day prior to the purported assault.

A judge then assigned a special prosecutor to the case, who charged Smollett with disorderly conduct over the police reports. The actor has pleaded not guilty to the charges.