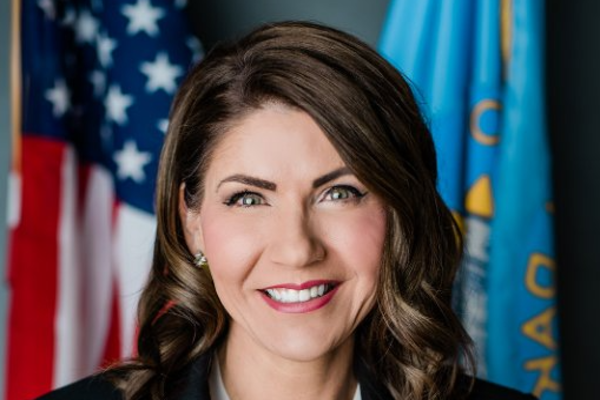 (breitbart) – A coalition of special interests and industry representatives has emerged to try to stop South Dakota Republican Gov. Kristi Noem from passing a measure that would restrict the ability of Chinese Communist Party (CCP) or other foreign entities to purchase land in her state, Breitbart News has learned exclusively.

Noem’s proposal, introduced last month ahead of this year’s legislative session, would create a state-level version of the federal Committee on Foreign Investment in the United States (CFIUS). Titled CFIUS-South Dakota, Noem’s vision is to create a board that can review and then block any foreign entity’s proposal to purchase land in South Dakota. The measure has support in both the state House and the state Senate, and is likely to be considered this legislative session, which has a short window between now and the beginning of March, when the South Dakota legislature has its regular session.

As the measure has gained support, given the wide-scale popularity of any push to block China from buying American farmland, her idea has taken off nationwide as other governors in other states consider similar measures. Texas GOP Gov. Greg Abbott, for instance, has said he would sign a similar idea into law after a lawmaker in the statehouse introduced a proposal to that effect. Former President Donald Trump, meanwhile, has as part of his early 2024 presidential campaign policy videos rolled out a federal proposal to block China from buying American farmland.

But in South Dakota, special interest groups are racing to slow Noem’s rollout in South Dakota, with a consortium of special interests expressing concerns with her proposed legislation. An email sent by Brenda Forman of the South Dakota Association of Cooperatives to Noem’s legal team in mid-January, obtained by Breitbart News, notes that “agricultural groups” have reviewed an updated version of Noem’s bill and “are deeply concerned about the legality and constitutionality of the proposal.”

“We remain interested in identifying what is not working with our current law,” Forman adds, without providing any specifics about any legal or constitutional concerns these groups her organization represents have.

Forman has not replied to a request for comment for details on any specific concerns, and has also not answered if any of the organizations her umbrella group is representing have any pending or possible looming sales of land to Chinese or other foreign interests.

What all of this signals is an uncertain future for this proposal from Noem in the legislature as this session proceeds—these special interests have enormous sway over lawmakers in a state like South Dakota—and possibly an uncertain legal future if the proposal does make it into law. Even so, Noem’s novel effort—which as noted is an idea that is gaining traction nationally—is sure to catch on as quickly as did a previous anti-China push to ban the use of TikTok on state devices that she led. Noem was first out of the gate on that, and it caught fire nationally with dozens of governors engaging in similar efforts and even the U.S. Congress late last year adopting a proposal from Sen. Josh Hawley (R-MO) to do it at the federal level.

“With this new process, we will be able to prevent nations who hate us – like Communist China – from buying up our state’s agriculture land,” Noem said in her release on Dec. 13 announcing the legislation creating CFIUS-SD. “We cannot allow the Chinese Communist Party to continue to buy up our nation’s food supply, so South Dakota will lead the charge on this vital national security issue.”

The governor’s press release announcing the plan describes how it would be implemented:

The CFIUS-SD board would be made up of three ex officio members: the Governor’s General Counsel (who would serve as board chair), the Secretary of the Department of Agriculture and Natural Resources, and the Director of the South Dakota Office of Homeland Security (part of the South Dakota Department of Public Safety). The board would also include two governor’s appointees: an agricultural industry expert who owns at least 160 acres of agricultural land in SD, and a national and/or state security or foreign policy expert.

Cammack, in the release from December announcing the plan, noted the national security significance of it.

“With vital national security resources like Ellsworth Air Force Base, we cannot afford for our enemies to purchase land in South Dakota,” Cammack said. “We want to keep this land in the hands of South Dakota agriculture producers. I look forward to working with Governor Noem and my colleagues to guarantee the continued security of our state and nation.”

Ellsworth Air Force Base, located just outside Rapid City, South Dakota, is particularly critical to U.S. national security interests given that it is going to be home to the implementation of several projects supporting the new cutting-edge B-21 Stealth Bomber. Last spring, for instance, the Associated Press reported on how the Air Force broke ground on a new 95,000-square-foot facility at the base that will, according to Gen. Anthony Cotton–the Air Force’s Global Strike Commander–host “specialized equipment to ensure that the free world’s next generation stealth bomber is sustained and maintained.”

“We are the only ally in the free world that has bombers,” Gen. Cotton said at a groundbreaking ceremony at the Ellsworth Air Force Base facility in South Dakota last May.

Rep. Dusty Johnson (R-SD), the U.S. Congressman from South Dakota, also noted at the facility’s groundbreaking the importance of this project as a deterrence for Chinese and Russian aggression.

So one can imagine why Chinese interests may want to buy land in South Dakota–to get access to, or at least areas close to, this facility. Whether Noem can outmaneuver the special interest groups in her state to prevent that from happening could be a matter of major national security significance for the future of the country and its military programs.