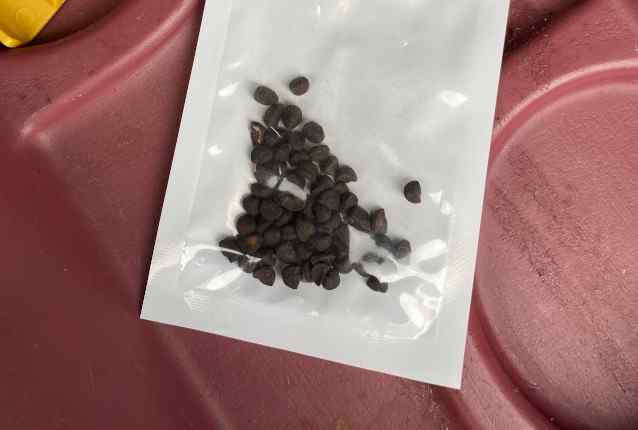 (Gateway Pundit) – Mysterious seed packets from China have been sent to people in Utah, Washington and Virginia.

According to officials, residents in multiple states have received unidentified packages of seeds from China.

“Today we received reports of people receiving seeds in the mail from China that they did not order,” the Washington State Department of Agriculture said Friday. “The seeds are sent in packages usually stating that the contents are jewelry. Unsolicited seeds could be invasive, introduce diseases to local plants, or be harmful to livestock.”

The Virginia Department of Agriculture and Consumer Services (VDACS) encouraged residents to report packages of seeds from China.

Fox 13 reported that at least 40 people in Utah received the seeds.

VDACS said some Virginia residents have received packages they didn’t order, containing seeds that appear to have originated from China. It’s not clear what types of seeds are in the packages, but they could be invasive plant species, according to VDACS. The packages were sent by mail and may have Chinese writing on them.

People who receive the seeds are urged not to plant them. VDACS encourages anyone who receives unsolicited seeds in the mail to contact the Office of Plant Industry Services (OPIS) at 804-786-3515 or through the [email protected] email, especially if they appear to come from China.

According to a statement from VDACS, “Invasive species wreak havoc on the environment, displace or destroy native plants and insects and severely damage crops. Taking steps to prevent their introduction is the most effective method of reducing both the risk of invasive species infestations and the cost to control and mitigate those infestations.”