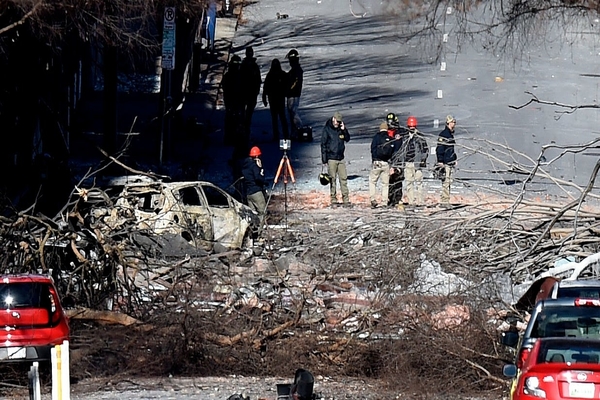 (breitbart) – Authorities have a person or persons of interest in connection to the Christmas Day explosion that rocked the city, CBS News reported on Saturday.

“CBS News has learned that police have a person of interest or persons of interest in connection with the explosion that rocked Nashville on Christmas Day, @jeffpeguescbs reports,” the outlet reported in a Saturday afternoon update, with CBS’s Jeff Pegues reporting Nashville area resident Anthony Quinn Warner, who reportedly “had a similar make and model RV,” as the person of interest:

Six officers have been recognized by the Metro Police after swiftly evacuating residents prior to an RV exploding on an empty street in downtown Nashville early Christmas morning. According to Nashville Police Chief John Drake, police were originally responding to a call of shots fired in the area before hearing a warning from a loudspeaker, urging people to evacuate the area because of a potential bomb.

“This morning, around 5:30 a.m., officers responded to a call for shots fired in the downtown area, specifically 2nd and near Commerce. As officers responded, they encountered an RV that had a recording saying that a potential bomb would detonate within 15 minutes,” Drake said in a Friday update, noting that officers knocked on doors, made announcements, and evacuated nearby buildings.

“Shortly after that, the RV exploded,” he said. “We had one officer that was knocked to the ground. Another officer is fine.”

The explosion appeared to be intentional but “meant to limit casualties,” as Breitbart News reported. According to the Associated Press, authorities found human remains in the area of the explosion, which damaged dozens of businesses.

Update: Law enforcement sources told CBS News that the suspect “may have been killed in the explosion.” Human remains found at the scene are being tested to determine if they belong to the suspect.

This story is developing.