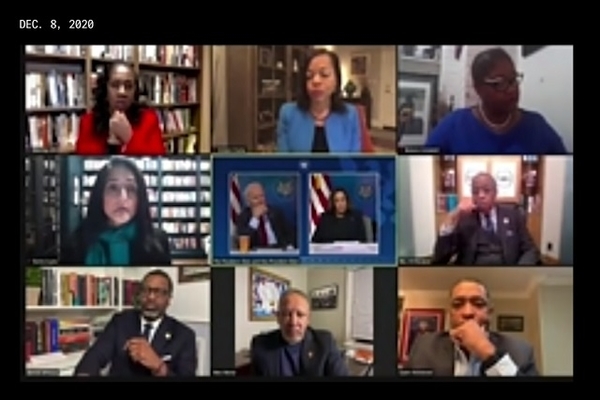 (informationliberation) – Leaked video obtained by The Intercept shows Joe Biden warning Black civil rights leaders that America is “doomed” with Whites on track to become a minority “by 2040” if Blacks don’t “start working more with Hispanics, who make up a larger portion of the population than y’all do.”

“If we cannot make significant progress on racial equity, this country is doomed,” Biden said. “It is doomed.”

The entire audio is well worth listening to after the 1:14:10 mark as it gives an idea of what Biden is planning for his presidency.

Biden also said he wants to appeal to Trump’s 75 million voters but not by “giving them anything.”

Biden also said he got a call from the Pope to congratulate him on his victory and the Pope told him that “the most important thing you have to do is deal with racism.”

He talked about the deluge of biracial couples in commercials as a sign of progress and an indicator of where society is heading.

“Fifteen years ago could you turn on the television and see three or four out of seven commercials be biracial commercials?”

“Why are these commercials, so many of them biracial? The young generation is changing, they’re demanding more, they don’t come with the baggage — maybe 10, 20, 25 percent of them are pure racists, who knows — but the vast majority, the vast majority, are not at all where when I was coming up.”

It was interesting to hear Biden talking so forthright. Unlike Trump, he’s coming with a plan. Unfortunately, his plan is terrible and as he said, “this country is doomed.”