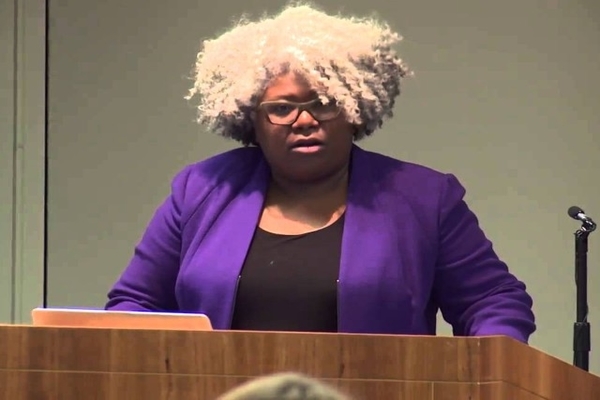 (breitbart) – University of Pennsylvania (UPenn) professor and MSNBC contributor Anthea Butler suggested that Texas police didn’t respond sooner to the shooting at Robb Elementary School in Uvalde because they “didn’t give a damn” about a school filled with mostly “brown kids.”

“So since no one else will ask, I will. Did those children die because most of them were Mexican American and the police didn’t give a damn about a school w predominately brown kids? I mean, because it’s Texas.. and if you think everyone who isn’t white is illegal,” Butler tweeted on Friday.

The UPenn professor has since deleted her tweet, which was screenshotted and shared by Constitutional scholar Jonathan Turley.

Butler’s comments arrived amid reports that police had waited nearly an hour to storm a classroom in the elementary school where the shooter was slaughtering children — a move that Texas Department of Public Safety Director Steven McCraw later said was “the wrong decision.”

The professor’s critics have pointed out that Uvalde Police Chief Daniel Rodríguez, Uvalde Consolidated Independent School District Police Chief Pedro Arredondo, and many of the officers on the scene were Latino.

“Professor Butler knows that she can write and advocate without fear of university actions to remove her,” Turley added. “That is precisely what all faculty should enjoy as a matter of academic freedom and free speech. However, it is a privilege often exercised selectively today.”

Others also took to social media to slam Butler for her comments.

“The only acceptable answer for many today is race. That is all they see. Around every corner. The specifics of the situation do not matter. This is a clear example — and from a highly educated educator,” one Twitter user commented.

“Anthea Butler is the new kind of College intellectual racist, dumb and absolutely wrong,” another tweeted.

“That is crazy. There were white kids who died too. This has nothing to do with it,” a third wrote.

“Hard to imagine that there is a scholar somewhere in the large country with this outrageous take,” another reacted. “Start up the outrage machine. I’m starting to think this must be how they all think.”

This is not the first time Butler has been lambasted for her remarks.

Last year, the professor said that evangelicals did not follow Christian scripture, but rather, that they followed the Republican Party. That same year, Butler claimed that evangelical Christians are white racists who “may end up killing us all.”

In 2015, the professor also attacked Dr. Ben Carson, saying that he deserved a “‘coon of the year’ award.”