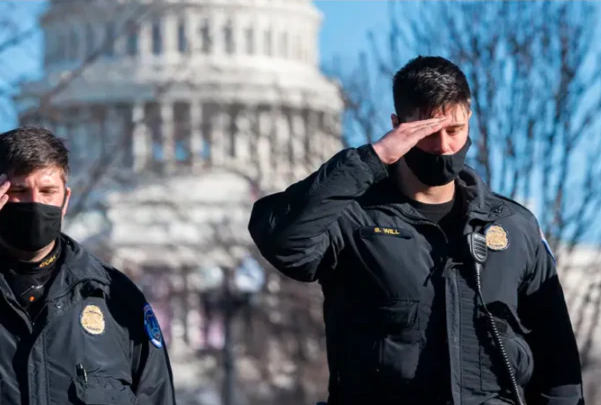 (bigleaguepolitics) – A press release by the United States Capitol Police Friday indicated that they readying for the arrival of American truckers and others at Washington, DC for a series of protests against draconian Covid-19 orders from the government. The law enforcement of the US Capitol said it “plans for a series of truck convoys arriving in Washington, DC around the time of the State of the Union.”

“Law enforcement agencies across the National Capital Region are aware of plans for a series of truck convoys arriving in Washington, DC around the time of the State of the Union.As with any demonstration, the USCP will facilitate lawful First Amendment activity. The USCP is closely coordinating with local, state and federal law enforcement agencies, including DC’s Metropolitan Police Department, the United States Park Police, the United States Secret Service and other allied agencies to include the DC National Guard.”

The likely-imminent ‘American Truck Convoy’ was largely inspired by ongoing demonstrations in Canada which have been highly regarded by freedom-lovers around the world. Ideas of bringing similar protests and backups to the United States have gained much steam as of late, prompting the previously mentioned United States Capitol Police to take action.

“As for all of our First Amendment demonstrations that happen here in the city, we have to be in a posture of preparedness for the information that we know,” Contee said.

“Obviously, we follow the trends around the country,” he continued. “When we see trends that may impact us here in Washington, D.C., we prepare for them. I want to make sure that the resources that we have right now are prepared or anything that may come here to the District of Columbia.”

Contee also reportedly said that lessons derived from riots at the Capitol on January 6, 2021, will be considered when addressing disturbances.