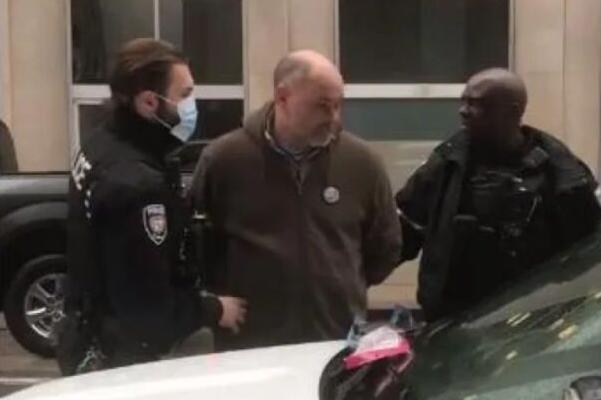 (trendingpolitics) – Chris Barber, a chief organizer of the Freedom Convoy, has been arrested in Ottawa, CBC News reported. He is currently in police custody and is expected to face criminal charges.

“Barber is also one of three protest organizers named in the class action lawsuit filed with the Ontario Superior Court of Justice by lawyer Paul Champ on behalf of his client, 21-year-old public servant Zexi Li,” the CBC noted regarding the arrest. “The suit names Barber along with fellow convoy organizers Tamara Lich and Benjamin Dichter.”

Barber has responded to the Canadian government’s intense public relations campaign against the Freedom Convoy.

“We understand your frustration and genuinely wish there was another way for us to get our message across, but the responsibility for your inconvenience lies squarely on the shoulders of politicians who have [preferred] to vilify and call us names rather than engage in respectful, serious dialogue,” he said at the time.

Under the Emergencies Act, formerly called the War Measures Act, the Canadian government can arrest anyone suspected of opposing government policy with or without evidence.

On Tuesday, Trudeau announced that he would be invoking the Emergencies Act, formerly known as the War Measures Act, an action tantamount to declaring martial law. Do you support Truckers fighting for Freedom?* Yes No Email* This poll gives you free access to our premium politics newsletter. Unsubscribe at any time.

Trudeau claimed that the scope of the measures would be “time-limited”, “reasonable and proportionate.” He also repeated his claim that the military would not be deployed. Under the Emergencies Act, which is yet to be approved by parliament, banks can freeze the personal accounts of anyone linked with the Freedom Convoy protests.

“This is about following the money. This is about stopping the financing of these illegal blockades,” Canadian Deputy Prime Minister Chrystia Freeland said at a press conference on Monday.

“We are today serving notice if your truck is being used in these illegal blockades, your corporate accounts will be frozen. The insurance on your vehicle will be suspended,” she continued, adding that personal financial accounts would be included in the order.

The AP reported on Wednesday that the Freedom Convoy had peacefully lifted the last economic blockade amid major concessions on Covid restrictions from five provinces: Ontario, Quebec, Alberta, Saskatchewan, and Prince Edward Island.

Nonetheless, on Thursday, there were reports among Freedom Convoy supporters of a week-long strike against the mandates, as well as a run on the banks.

Notice: This article may contain commentary that reflects the author’s opinion.