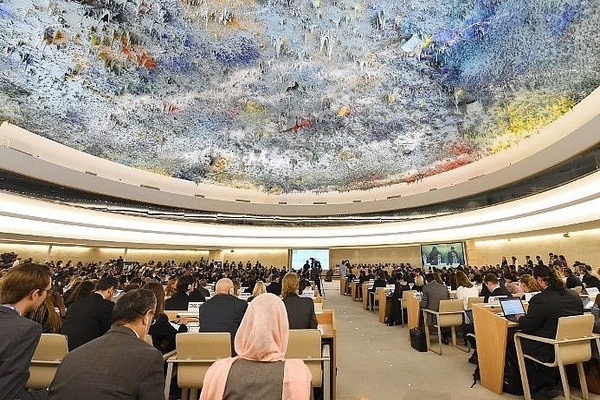 (breitbart) – The United Nations Human Rights Council (UNHRC) voted Thursday to establish a permanent “Commission of Inquiry” into Israel — and only Israel — in response to the recent 11-day war in Gaza, launched by Palestinian Hamas terrorists.

The resolution, which passed 24-9, with 14 abstentions, creates

an ongoing independent, international commission of inquiry, to be appointed by the President of the Human Rights Council, to investigate in the Occupied Palestinian Territory, including East Jerusalem, and in Israel all alleged violations of international humanitarian law and all alleged violations and abuses of international human rights law leading up to and since 13 April 2021, and all underlying root causes of recurrent tensions, instability and protraction of conflict, including systematic discrimination and repression based on national, ethnic, racial or religious identity.

It is the first such permanent commission of inquiry, the latest in the UNHRC’s obsession with Israel.

Israeli Prime Minister Benjamin Netanyahu rejected the UNHRC’s decision, and the U.S. condemned it as well.

The UNHRC’s 47 member states include China, Cuba, Russia, and Venezuela. President Donald Trump withdrew the U.S. from the UNHRC over its anti-Israel focus. President Joe Biden decided to rejoin the UNHRC, and the U.S. is now an observer, pending election to membership.

U.S. Ambassador to the UN Linda Thomas-Greenfield boasted to Al Sharpton’s National Action Network last month that “we immediately re-engaged with the Human Rights Council, and have announced our intention to seek election to that body, so that we can advance our most-cherished democratic values around the globe.”

Joel B. Pollak is Senior Editor-at-Large at Breitbart News and the host of Breitbart News Sunday on Sirius XM Patriot on Sunday evenings from 7 p.m. to 10 p.m. ET (4 p.m. to 7 p.m. PT). He is the author of the new e-book, The Zionist Conspiracy (and how to join it). His recent book, RED NOVEMBER, tells the story of the 2020 Democratic presidential primary from a conservative perspective. He is a winner of the 2018 Robert Novak Journalism Alumni Fellowship. Follow him on Twitter at @joelpollak.