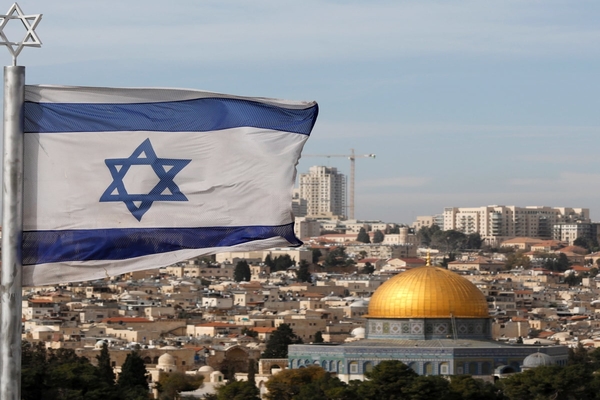 (breitbart) – The United Nations General Assembly (UNGA) on Wednesday approved five anti-Israeli resolutions, but they passed with less votes than in 2019, providing Israel a glimmer of hope at the usually hostile 193-member body.

No other country has as many resolutions against it as Israel. The resolutions were part of a package of almost 20 pro-Palestinian texts that the UNGA passes annually in December.

“Countries that supported Israel today have understood that this package of resolutions does nothing to forward peace, but serves instead to entrench the Palestinian’s rejectionist position and deepen the conflict,” Israel’s Ambassador to the U.N. Gilad Erdan said.

The five countries that supported Israel on all five texts include: The U.S., Australia, Canada, Israel, Marshall Islands, and Micronesia.

In a vote for the “U.N. Committee for the Exercise of the Inalienable Rights for the Palestinian People,” four countries notably shifted from abstaining in 2019 to opposing this year. Those countries were Austria, Bulgaria, Germany and Papua New Guinea. Surprisingly, Iceland abstained this year – a departure for its usual pro-Palestinian voting patterns.

In a resolution titled “Special Information Program on the Question of Palestine,” Hungary switched its vote in favor of Israel this year.

[The] “existence of those U.N. committees is a further stain on this institution’s reputation… Funding propaganda against a member state is not only outrageous and shameful, it is a flagrant misuse of valuable U.N. resources. Those resources should be used to save lives, not to perpetuate a conflict.”

“No other country in the world faces such discrimination in the U.N. – and it is time for more U.N. members to join our struggle to challenge the organization’s anti-Israel agenda,” he said.

The Palestinian representative slammed Erdan for “offending” the U.N..

“On the contrary, what was discussed today in this debate is the reality. What was discussed today is not so-called ‘Palestinian talking points.’ These are the international talking points,” she said. “This is the international consensus that Israel, the occupying power, continues to object, obstruct, to deny, to belittle and to attempt futilely to destroy.”