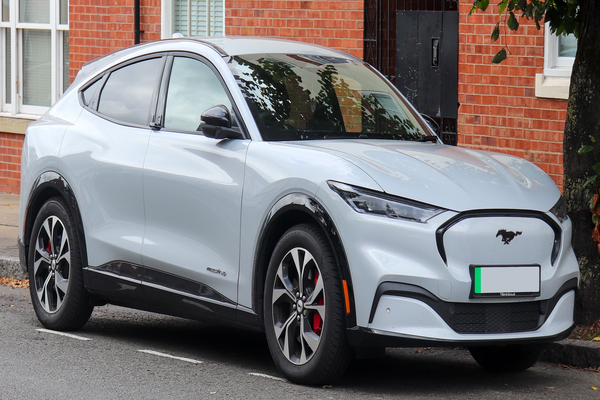 (breitbart) – Ford has instructed dealers to temporarily halt sales of its top-selling electric vehicle, the Mustang Mach-E, due to a potential safety defect that could leave the car immobile. The problem impacts about 49,000 out of 100,000 Mustang Mach-Es that Ford has built in Mexico and will likely result in a recall on vehicles already sold.

CNBC reports that Ford has instructed car dealerships to temporarily halt the sale of its electric vehicle, the Mustang Mach-E, due to a potential safety defect that could render the vehicle immobile. Force posted notices to dealerships Monday stating that the potentially affected vehicles include 2021 and 2022 Mach-Es built from May 27, 2020, through May 24, 2022, at the automaker’s Cuautitlan plant in Mexico.

According to a Ford spokesperson, almost 49,000 of the roughly 100,000 Mach-Es produced during the time frame will be part of a recall. The problem relates to the potential overheating of the cars’ high voltage battery main contactors, an electrically controlled switch for a power circuit.

The issue can lead to a malfunction preventing the vehicle from starting or immediately losing power while in motion. The recall is just the latest in a long line related to electric vehicles including Tesla cars. Ford has issued a handful of recalls regarding the Mach-E since its launch, according to the National Highway Traffic Safety Administration’s website.

The recalls have related to a number of issues, from a software error causing unintended acceleration to problems with loose subframe bolts and inadequate bonding for thousands of vehicles with glass panel roofs. A Ford spokesperson said that the company submitted a recall petition to the NHTSA, which handles these matters.

Ford expects to have a solution to the latest issue in the third quarter, and Mustang Mach-E owners will be notified via mail after repair instructions and parts ordering information are provided to car dealerships. The Ford spokesperson added that the remedy will include a software update to the car’s “Secondary On-Board Diagnostic Control Module and Battery Energy Control Module,” and will be conducted remotely.