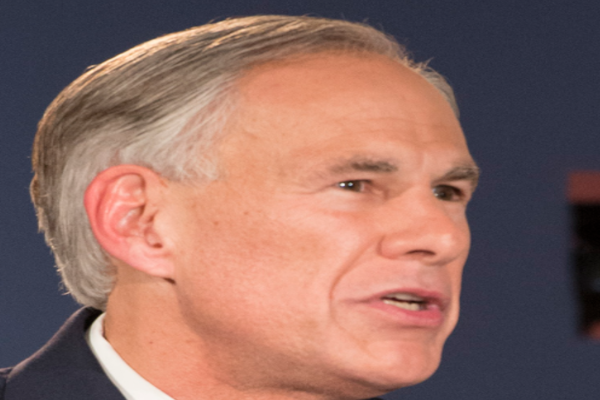 “When I do make the announcement later on this week, I will also be providing a link that you can click on and go to for everybody in the United States — really everybody in the entire world — who wants to help Texas build the border wall, there will be a place on there where they can contribute,” Abbott said on a podcast interview released on Tuesday, the Texas Tribune reported.

The governor said Texas would immediately begin erecting border barriers in areas where migrants can easily walk across from Mexico. He also said he would be announcing plans this week to build a border wall.

The governor explained the barriers serve two functions. The first being physical deterrence — the second: “If [migrants] move or interfere with that barrier, they have committed several crimes.”

Those crimes include criminal mischief, vandalism of state property or local government property, and criminal trespass.

In a Tuesday podcast interview, the governor pledged complete transparency in the fundraising effort. He promised, “everyone will know every penny in, every penny out, but the sole purpose for those funds will be going to build the border wall.”

The governor’s plan to build a Texas border barrier system and arrest migrants violating state laws drew threats of lawsuits and questions about when, where, and how such barriers would be constructed, the Texas Tribune reported.

“States don’t have authority over immigration and our borders, that’s a federal authority,” Domingo Garcia, national president of the League of United Latin American Citizens told the news outlet. “It’s not constitutional and we’re planning to challenge it in court once we see the final order.”

In the wake of the latest border crisis, Governor Abbott began Operation Lone Star to increase the state’s law enforcement presence along the border. In May, nearly 70 percent of the 172,000 migrants who illegally crossed the border from Mexico did so in the five Texas-based Border Patrol sectors, Breitbart Texas reported.

Border Patrol agents in the Rio Grande Valley, Laredo, Del Rio, Big Bend, and El Paso Sectors apprehended 118,036 of the 172,011 (68.6 percent) migrants in May, according to the May Southwest Land Border Encounters report released by U.S. Customs and Border Protection late Wednesday night. In year-to-date figures, agents apprehended 605,133 of the 897,213 (67 percent) since October 1, 2020.

“It’s clear that that’s not enough to deter the flow,” the governor told Breitbart. “And so, the State will provide many more resources, but we need to understand that just providing more resources alone is not going to be enough. We need to provide new strategies, new tools to address these challenges.”

“In the end, only the federal government and Congress can fix this, but as it stands right now, the state of Texas is going to step up and we’re going to start making arrests — sending a message to anybody thinking about coming here, you’re not going to get a free pass to the U.S. They’re getting a straight pass to a jail cell.”