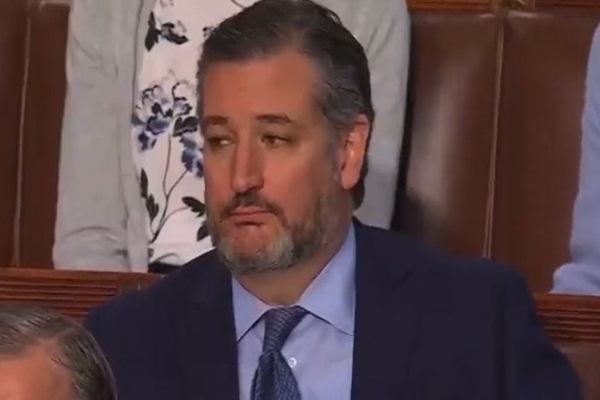 (breitbart) – Sen. Ted Cruz (R-TX) this week introduced the Energy Freedom Act, which aims to bring the U.S. back to a place of energy independence — a status President Joe Biden destroyed upon taking office.

Specifically, the legislation would work by “accelerating federal permitting for energy projects and pipelines, mandating new onshore and offshore oil and gas lease sales, approving pending LNG export licenses, and generally speeding up solar, wind, and geothermal development,” according to the senator’s office.

Additionally, under the bill, President Biden — or any future president — would no longer be able to unilaterally enact “leasing bans on federal lands.”

“In the past year with Joe Biden as president, the United States has lost its status as a net petroleum exporter, after achieving that goal in 2019 for the first time since 1949,” Cruz said in a statement, pointing to Biden’s decision to issue “illegal and hostile orders aimed at American oil and gas producers, which have increased energy prices and directed profits to other oil exporting countries.”

“These policies have poured billions of dollars into countries such as Russia and Iran, which use those funds to attack our allies and undermine the national security of America,” he said, adding further perspective by pointing out that Biden “has imposed more restrictions on U.S. oil companies than he has on Russian oil.”

“With Iran, he has looked the other way as the regime busted through sanctions and raised their exports to more than one million barrels per day for the first time in almost three years,” he said, summing up the Energy Freedom Act as a way to reverse Biden’s actions.

“This bill won’t cost taxpayers a dime, but it will provide the United States billions in revenue in the coming years by expediting permitting, leasing, safe new pipelines, and exports, and providing much needed regulatory certainty,” he said, emphasizing it would “put a stop to the Biden administration’s sabotage of the American energy industry, and Congress should take it up without delay.”

Biden’s decision to move America away from its status as energy independent has taken greater focus in recent weeks as gas prices soar and the conflict in Ukraine intensifies. Critics have pointed to Biden’s mistake of relying on “rogue” parts of the world for its energy supply.

“Their whole society is hollowed out except for that energy,” Florida Gov. Ron DeSantis (R) said of Russia during a press conference this week. “And so if you want to hit them, hit them at the gas pump. Hit them with energy.”

“[Biden] has stepped on the necks of our domestic energy here in the United States. We should have Keystone reactivated in the United States. He should get rid of the ban on producing in federal lands, and he should welcome more domestic energy production,” he continued. “We were before Biden took office, for the first time in any of our lifetimes, actually energy independent. Putin didn’t matter.”