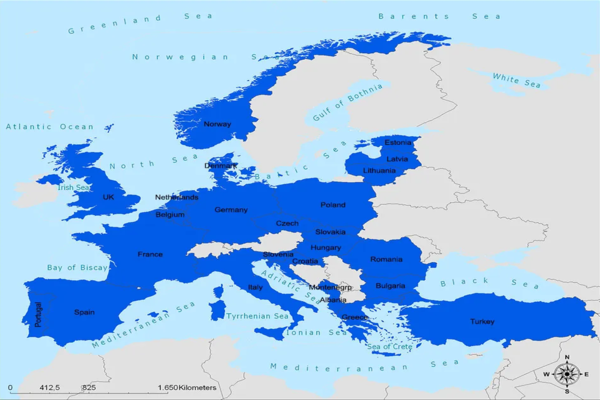 (breitbart) – Europeans should make their houses colder to help break the EU’s dependence on Russian gas, an OECD group has said.

The International Energy Agency — an intergovernmental organisation under the avowedly globalist Organisation for Economic Co-operation and Development (OECD) — has recommended that Europeans turn down their thermostats to help reduce reliance on Russian energy.

While the price of natural gas had been rising steeply since last year, in a totally foreseeable development it has soared since the Russian invasion of Ukraine, partly due to Europe’s over-reliance on Russian imports.

However, although European governments have had years to prepare and diversify their energy sources, one way ordinary citizens could help reduce this reliance is by turning down their thermostats, with the organisation releasing a ten-point plan on Thursday to wean the EU off of Russian gas.

“Russia’s use of its natural gas resources as an economic and political weapon show Europe needs to act quickly to be ready to face considerable uncertainty over Russian gas supplies next winter,” a post on the organisation’s website reports its Executive Director, Fatih Birol, as saying.

“Europe needs to rapidly reduce the dominant role of Russia in its energy markets and ramp up the alternatives as quickly as possible,” she continued, noting that the ten-point plan will help achieve that goal.

One of these points involves Europeans collectively turning down their thermostats by one degree, which — according to the organisation — would reduce overall gas demand by ten billion cubic meters of gas per year.

For context, the organisation claims that the European Union imported somewhere in the region of 155 billion cubic meters of gas from Russia in 2021.

“Many European citizens have already responded to Russia’s invasion of Ukraine in various ways, via donations or in some cases by directly assisting refugees from Ukraine,” the report reads. “Adjusting heating controls in Europe’s gas-heated buildings would be another avenue for temporary action, saving considerable amounts of energy.”

“Adjusting the thermostat for buildings heating would deliver immediate annual energy savings of around 10 bcm for each degree of reduction while also bringing down energy bills,” it continued.

Coincidentally, the advice is exactly the same as that which has been pushed on households by lobbyists and governments for years, with the Russian invasion giving a convenient patriotic flavour to an old environmentalist demand.

The report also suggests that the EU should look to “decarbonise sources of power system flexibility”, maximise power generation from bioenergy and nuclear, as well as cease signing new gas supply contracts with Russia.

While becoming a hot talking point in recent weeks, Europe’s over-reliance on Russian gas is far from a new problem.

Boris Johnson, Donald Trump, and Kyiv Mayor Vitali Klitschko — among others — have all slammed the EU for its Russian natural gas addiction in the past, with the former US president saying that Germany’s particular reliance on the hydrocarbon fuel meant that the country was becoming a “captive to Russia”.

“Germany is totally controlled by Russia,” the then-President said back in 2018. “I think it’s not [appropriate] and it’s a very bad thing for NATO.”

However, despite this criticism, Germany has been actively decommissioning its nuclear power plants, to the point that it now seems to be negatively affecting the country’s greenhouse emissions — and dependence on imported gas — as a result.

“We consider nuclear technology to be dangerous,” said one German government spokesman in opposition to an EU plan to include nuclear technology within its green investment plan, something which the Germans were said to “expressly reject”.

Meanwhile, nothing major appears to have changed in regards to Europe’s willingness to use Russian gas.

Despite imposing drastic sanctions on Putin’s Federation after its invasion of Ukraine — including largely stripping the country of the use of the SWIFT banking transfer system — the European Union has seemingly ensured that none of these sanctions would prevent it from buying the country’s gas.

As such, as of Wednesday, the EU has been purchasing natural gas from Russia “as per normal“, according to the state-owned provider Gazprom.