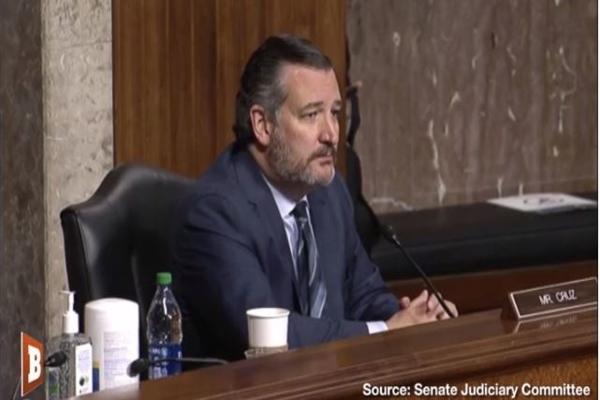 “Is there a lane for Liz Cheney in New Hampshire in 2024?” CNN asked in a social media post Thursday.

Cruz responded to the question by stating, “Yes. It’s called the Democratic primary.”

However, Cheney later answered Cruz’s post and said, “I know you’re posturing for the secessionist vote, Ted. But my party, the Republican party, saved the Union”:

“You swore an oath to the Constitution. Act like it,” she added.

Cheney, who was among the 10 Republicans who voted to impeach former President Donald Trump regarding a charge of inciting the events of January 6, recently visited New Hampshire, the Fox report continued.

“She continued vocalizing her criticism of former Trump at the event, which is seen as her perhaps testing the waters for a 2024 presidential run,” the outlet said.

He issued a strong statement naming the Republicans he hopes to see pushed out of office:

Trump also called out Rep. Cheney in the statement, writing, “Warmonger Liz Cheney (challenge accepted) is on the SKIDS with a 19% approval rating.”

“Special Advisor to Cruz, Steve Guest, told Breitbart News the senator is ‘proud’ to fight for Texans against the radical policies of Biden-Harris administration, which has advocated for amnesty and paying illegal aliens nearly $500,000 each after entering the country illegally during the Trump administration,” the outlet reported.