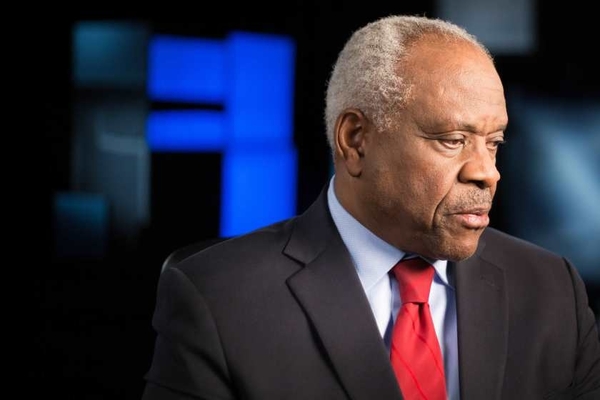 (breitbart) – Amazon showed it has its limits when it comes to its dedication to diversity and inclusion when it failed to continue streaming a critically acclaimed and popular documentary on the only black Supreme Court justice during Black History Month.

Recently, Amazon Prime dropped Created Equal: Clarence Thomas in His Own Words, an acclaimed and popular PBS documentary on Justice Clarence Thomas, making it unavailable to stream during Black History Month.  Thomas is our nation’s only black justice currently serving on the U.S. Supreme Court, and one would think that between Amazon’s claim to “building an inclusive culture” and the fact that it’s Black History Month, Amazon would want to stream this inspiring documentary on its platform.

In fact, Amazon Prime created an entire Amplify Black Voices page on its site that “feature[s] a curated collection of titles to honor Black History Month across four weekly themes (Black Love, Black Joy, Black History Makers, and Black Girl Magic).”  There are scores of films available to stream, including four films available on the Amazon Prime site to stream (two docudramas and two documentaries) on Supreme Court Justice Thurgood Marshall, a liberal icon and our nation’s first black Supreme Court justice.  There are even two films (one docudrama and one documentary) on Anita Hill, who came forward during Thomas’ confirmation hearing to claim that Thomas had sexually harassed her.  (Hill’s story never added up and, and as reflected in a NY Times/CBS News poll after the Senate confirmation hearings, American men and women believed Thomas by a 2-1 margin.)

Amazon has made a significant effort to celebrate black voices on its site during Black History Month, including films of Thurgood Marshall and even Anita Hill, but can’t find any space for a documentary on our only sitting black Supreme Court justice? This makes no sense at all, other than Amazon made a decision to not show this film because Justice Thomas is a black justice who has conservative views.

The Created Equal DVD is still available for purchase on Amazon, and it is in fact number 38 of all documentaries on that site.  In contrast, the RBG documentary on liberal Justice Ruth Bader Ginsburg is not even in the top 100 but is still streaming on Amazon Prime.

Created Equal was nationally broadcast on PBS last April and has a 99 percent audience approval rating on the popular movie rating website Rotten Tomatoes.  Kathleen Parker, a Pulitzer Prize-winning columnist for The Washington Post, wrote, “It is a marvel of filmmaking that two hours pass so quickly. At the end of a screening I recently attended, there weren’t many dry eyes in the room.”  She added, “Thomas is an American hero.”  On the Amazon website, the film has received a spectacular 4.9 star rating (out of 5 stars) from customer reviews, with 1,243 ratings.

According to news reports, Amazon has been taking down long-running documentaries from its site with little or no warning, and apparently it is almost impossible to receive a response as to why a documentary was taken down.  And there may be some so-called liberal documentaries that have been taken down during this period.  But it is very strange that Amazon could not find space on its website to stream a documentary on our longest-serving black Supreme Court justice in American history that ran on PBS in a national broadcast (no small feat) and is a top-selling DVD in its documentary section, while less popular documentaries on Justice Marshall are still streaming.

Justice Thomas’s incredible story is one that every American should know – and in particular, every black American.  He was born in 1948 in deep poverty in the Deep South of segregated Georgia, living from birth under Jim Crow laws. His parents had almost no education, and his father left the family before he was two. Thomas’s life changed when he was 7 years old, when he and his younger brother went to live with his grandparents.

Despite being uneducated, his grandfather built a small business delivering oil, coal, firewood, and ice in Savannah.  His grandfather was tough on Thomas and his younger brother, but they learned the values of hard work and perseverance.  Thomas’s grandfather always said, “Old Man Can’t is dead.  I helped bury him.”

After being taught by Irish nuns in a segregated Catholic school and attending seminary for high school, Thomas broke away from the values his grandfather and the nuns instilled in him and rejected his Catholic faith, embracing the idea of the Black Panthers and radical left in the late 1960s.  As Thomas wrote in his must-read and gripping memoirs My Grandfather’s Son, “[T]he more I read about the black power movement, the more I wanted to be part of it.  What was the point of working within the system?  Segregation, lynchings, black codes, slavery… Surely the time for politeness and nonviolent protest was over.”

Thomas came to reject that path, embracing a view that believed in individual rights, not group rights. Thomas believes that our most important principle is found in the Declaration of Independence: “All Men are Created Equal.”

In his nearly 30 years on the Supreme Court, Thomas has developed the most comprehensive and consistent originalist jurisprudence of any justice to serve on the Court.  Leftwing legal writer Ian Millhiser wrote in 2018 that Thomas is “the most important legal thinker of his generation and the most significant appointment of the last forty years.”  One well-regarded Supreme Court practitioner who founded the prominent SCOTUSblog noted that Thomas is “our greatest Justice.”  CBS Supreme Court reporter Jan Crawford proved, based on internal Court documents, that Thomas was a force from the very first day he sat on the Court, pulling the Court in his direction.

But Thomas’s views are anathema to “civil rights” leaders and groups, such as Al Sharpton and Black Lives Matter, who make their living and lots of money claiming that America is a systemically racist country and push policies that define individuals based only on the color of their skin.  This groupthink also led the African American History Museum in 2016 to exclude any exhibit on Justice Thomas in its first year of existence, despite Thomas being the second and longest-serving black Supreme Court justice in history, only begrudgingly adding a section that still is unfair to the justice.

In a conversation a few years ago where I was present, Thomas pointed out the absurdity of the left’s progressivism by noting that everyone would agree that if a black man were barred from entering a library because of the color of his skin, that would universally and rightly be regarded as racist, but the left is fine with telling that same black man he can enter that library but he can never be allowed to agree with the content of certain books because of the color of his skin.

What is tragic is that Amazon Prime would not show this film during Black History Month, even a well-regarded PBS documentary about a conservative black Supreme Court justice, who may offer a different point of view to the black community than the accepted view enforced by the left.

Thomas Sowell and the late Walter Williams – two accomplished and well-regarded black conservative economists – have written for decades about how liberal social policies beginning with Great Society programs in the 1960s and continuing today have failed miserably.  Can there be any doubt of failure for policies that have contributed to the black out-of-wedlock birthrate going from 11 percent in 1938 to more than 75 percent today? That 82 percent of black households were two-parent in 1950 and today more than 70 percent of black households are headed by a single mother?  But to question these policies is racist?

More than twenty years ago and despite efforts to prevent him from speaking, Thomas spoke at the National Bar Association, the nation’s premier law association for black lawyers, and his words are even more striking today than they were 20 years ago:

I have come here today not in anger or to anger, though my mere presence has been sufficient, obviously, to anger some. Nor have I come to defend my views, but rather to assert my right to think for myself, to refuse to have my ideas assigned to me as though I was an intellectual slave because I’m black. I come to state that I’m a man, free to think for myself and do as I please. I’ve come to assert that I am a judge and I will not be consigned the unquestioned opinions of others.

Isn’t it time to acknowledge that the problem of race has defied simple solutions and that not one of us, not a single one of us can lay claim to the solution?

Isn’t it time that we respect ourselves and each other as we have demanded respect from others?

Isn’t it time to ignore those whose sole occupation is sowing seeds of discord and animus? That is self-hatred.

Isn’t it time to continue diligently to search for lasting solutions?

I believe that the time has come today.

God bless each of you, and may God keep you.

As these words show, Clarence Thomas is a man who speaks his mind and does not bend to anyone.  Created Equal covers Thomas’s amazing life story in a one-on-one interview with Thomas that is unprecedented in Supreme Court history.

This is a film that should be widely streamed by Amazon at all times – and particularly during Black History Month – to show the diversity of thought in the black community and to celebrate Thomas’s amazing life journey. Amazon does a great disservice to all Americans, and particularly black Americans, when it decides not to show an inspiring film about an incredible Black American during Black History Month.

Mark Paoletta served as a lawyer in the Bush 41 White House Counsel’s Office and worked on the confirmation of Justice Clarence Thomas.  He served as General Counsel of the White House Office of Management and Budget in the Trump Administration, and worked on the confirmations of Justices Gorsuch and Kavanaugh.  He is a Senior Fellow at The Center for American Restoration.