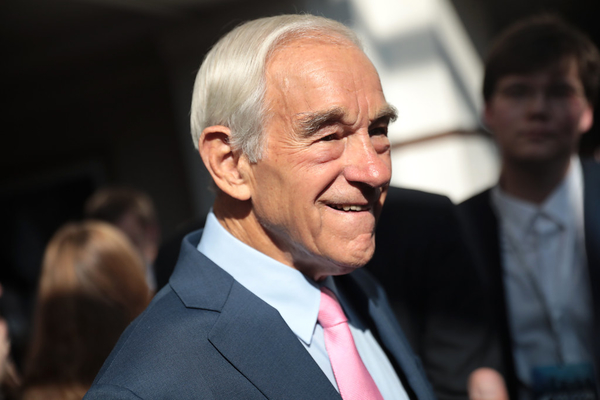 (informationliberation) – Former congressman Dr Ron Paul tweeted a picture of himself giving a big thumbs up on Friday afternoon and announced “I am doing fine” after being hospitalized for suffering from a medical incident during a live stream of his show The Liberty Report.

“I am doing fine,” Paul said. “Thank you for your concern.”

From Fox News:
Ron Paul, the former Republican representative who ran for president three times, was hospitalized on Friday in Texas for “precautionary” reasons, Fox News has learned.

Paul, 85, was speaking about the free market during a livestream on his YouTube channel when his speech began to slur earlier in the day.
Fox News’ Harris Faulkner reported Friday afternoon that Paul is “lucid and optimistic.”

Paul received an outpouring of support on social media.

Paul has been heroically railing against the corona-lockdowns, the crooked bailouts and Big Tech censorship for the past several months.

Paul had to upload his Wednesday show to BitChute after being censored by the Big Tech tyrants at YouTube.